Over 100 artists to perform for One Island Hurricane Relief concert 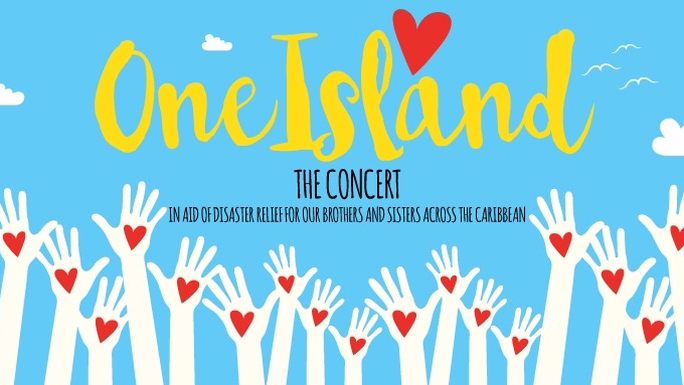 Over 100 artists will be performing at a concert and telethon on Sunday to raise funds for those affected by recent hurricanes in the region,

One Island will be held at the Queen’s Park Oval from 1 pm to 1 am on Sunday, September 24, Republic Day.

Speaking at the launch of the event on Tuesday, media personality Errol Fabien who initiated the concept, said he was encouraged to begin a movement for Barbuda after seeing the devastation caused by Hurricane Irma.

“Having visited Barbuda and many of the islands up the Caribbean, I remembered always seeing products from Trinidad and Tobago readily available and sold in these countries, I knew then that we, T&T had to come together to help our brothers and sisters as we are all One Island," he said.

The idea began with a simple WhatsApp group being formed with a group of friends and has now grown into a full on 12-hour concert with performers from every genre of entertainment.  Among the performers are Shurwayne Winchester, Lujoe & Gifted, 3 Canal, Freetown Collective, Vaughnette Bigford, Rupee, Teddyson John, Blaxx and DJs Private Ryan, Joy Juice and Richard Simply Smooth. Kees Dieffenthaller will headline the event.

You can see the full list of performers at http://facebook.com/oneislandconcert

There has been an outpouring of support from all corners, with corporate entities coming together to give their services for free alongside the artists to ensure the event is well produced and patronised.

Entertainer Nikki Crosby reaffirmed the commitment of the entertainment industry to use their talents and crafts as a way of not only giving to the affected countries but to bring nationals together, especially on Republic Day.

Among the corporate entities supporting the venture is Beacon Insurance who donated TT$50,000 via the crowdsourcing application WiFundYou, a funding solution developed in Trinidad and Tobago for Caribbean Countries.

Funding from this venture and all relief supplies, which are being packed on the spot at the Oval then shipped via SeaBoard Marine Trinidad, will be sent to the Halo Foundation in Antigua.

The foundation works with over 20 charities and groups in Antigua and Barbuda to assist with poverty eradication and will ensure the aid gets into the hands of the persons who need it. Dominica will also be included in the relief efforts post-Hurricane Maria.

With unity being the theme of the night and the entire movement, both bMobile and Digicel pledged to offer their networks to the cause.

Admission to the concert is $50 and a can of food.

One Island the Concert wishes to thank the following persons for their contribution to the media launch and the overall success of the event: