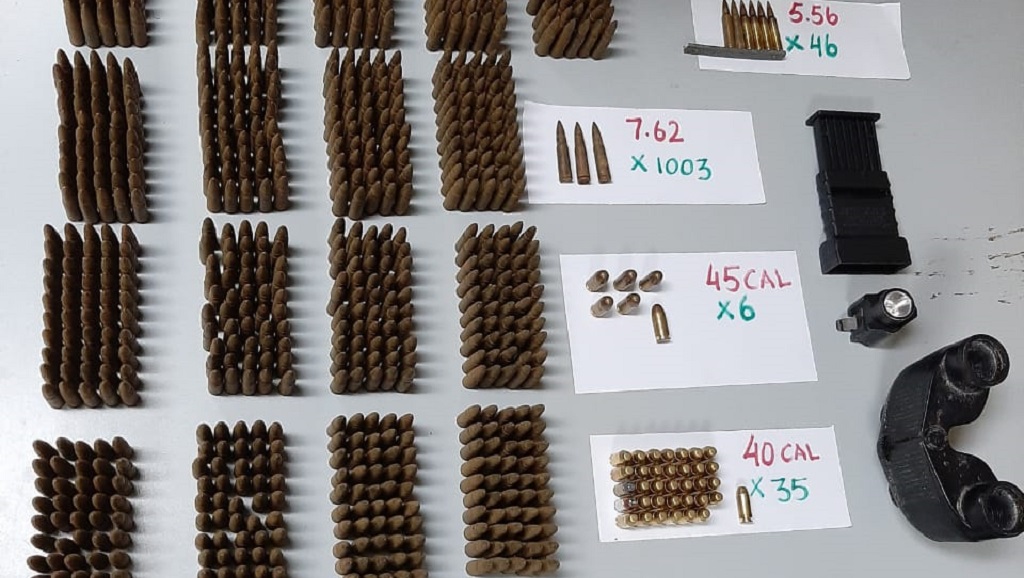 A mammoth haul of over 1,000 rounds of ammunition has alarmed senior officers in the police service.

Police said the rounds, which consists mainly of 7.62mm ammunition, is usually used in assault rifles.

The find was made during a police operation which took place Wednesday evening by officers of the Western Division Task Force led by Snr Sup Mark, and including Cpl Khan and Cpl Hunte.

Officers searched an area off Nicholas Street, Maraval, where the find was made in some bushes.

The ammunition is expected to be sent to the crime scene unit in Valencia for further examination to determine if it can be linked to any reported incidents of criminal activities involving the use of firearms.

No arrests were made, however, police are following certain leads on who the ammunition may have belonged to.

3 Venezuelans back in court for ammo possession

Non-nationals in court after 50 rounds of ammo seized