Over 1200 kids screened for back to school 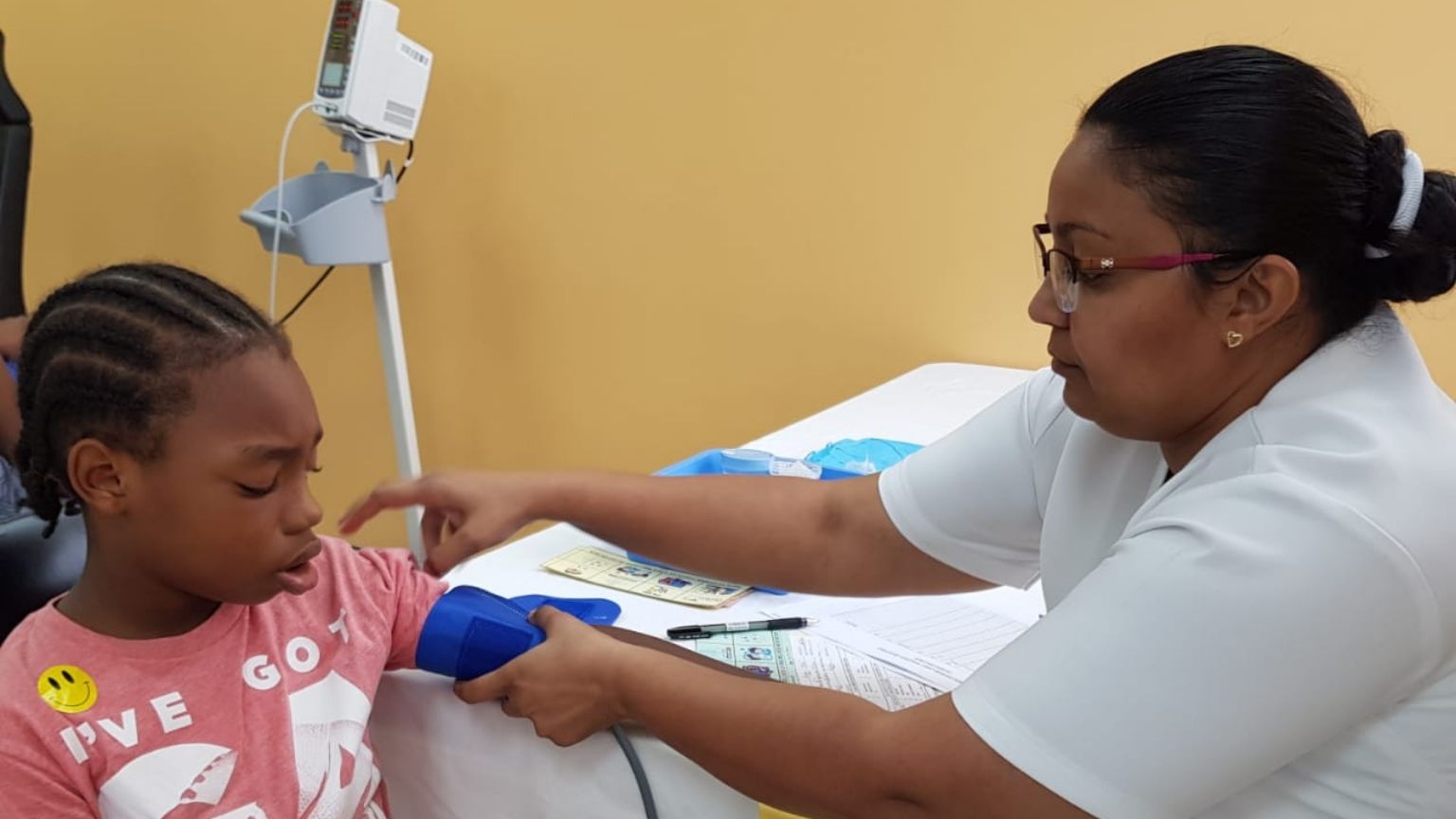 Over 1200 children were screened at the North Central Regional Health Authority’s (NCRHA) Back to School Initiative on August 24 as the Authority helped parents prepare their children for the new school term.
This latest initiative targeted children screening and medical checkups at the Women’s Centre, Mt. Hope Women’s Hospital, Champs Fleurs.

Among the services afforded were: BMI, blood pressure testing, lectures, hearing & vision screening, dental check-ups, vaccines, as well as consultation with adolescent health specialists. Patrons were also treated to sessions with back to school tips for teachers; fun stations, petting zoos, face painting, storytelling, as well as fun exercises for both parents and children.

NCRHA’s Chief Executive Officer, Davlin Thomas said the Back to School Child Wellness Initiative was another intentional move on the part of the NCHRA to address the growing issue of non-communicable diseases and illnesses among children and adolescents. He described the initiative as a systematic step in a series of disruptive innovations being adopted by the Authority to improve not only men’s health, women’s health, but the health of our children as well.

“At the NCRHA, we are aware of the impact we can have by effectively intercepting and educating at a young age, and this will have positive implications for the health of our future society… we want to create more aware and healthier young people who can carry us into a healthier future,” Thomas said.
Minister of Health, Terrence Deyalsingh extended his congratulations to the NCRHA on their successful efforts in hosting the Back to School Child Wellness Initiative.

The Minister also indicated that the number of children living with Type 1 and Type 2 diabetes had increased by an alarming rate in recent times and highlighted the influence of projects like these in curbing and engaging the situation.

According to reports, of the 1200 plus children screened the following services were provided:
961 Doctor Consultations
862 Dental Screenings
521 Hearing and Vision Screenings
129 Dietician Consultations
57 Ophthalmology
33 Vaccines Administered

NCRHA Chairman Steve De Las was high in praises for the staff of the NCRHA, stating that their dedication and sacrifice was instrumental in the project’s success.

“We have made it our priority to engage our communities before they come to us through our facilities. We are creating a healthier society and I am very proud to be a part of what the Authority has been able to accomplish over the past three years,” he said.

Plans are in place to host further Child Wellness Initiative screening, the date for which will be confirmed and announced soon.