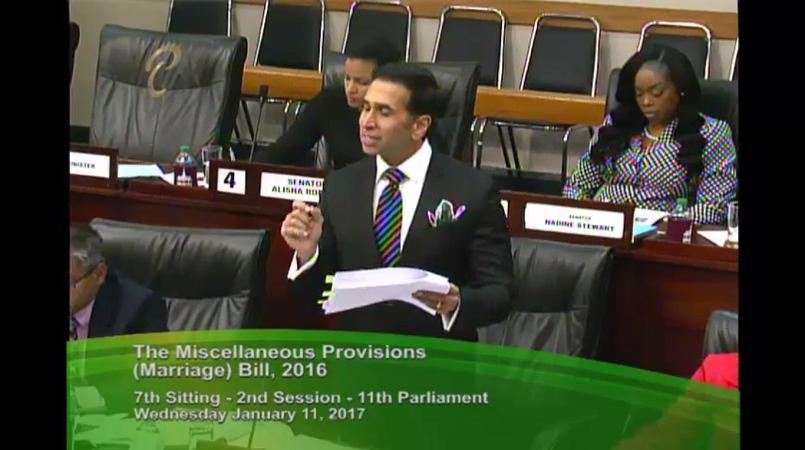 Attorney General Faris Al-Rawi says there has been a total of 15,231 recorded child births in Trinidad and Tobago between 1999 and 2015.

Speaking in Parliament during the debate on the Miscellaneous Provisions (Marriage) Bill, 2016, Al-Rawi said data received from the Registrar General for the period 1999-2015 has shown an alarming number of child births, which may or may not be connected to the issue of child marriage.

He said the figures connected to child births were examined in relation to the argument that child marriages can avoid the “stigma of pregnancy which some say can lead to suicide”.

“We looked at the pregnancy issue…children giving birth, recorded on a birth certificate…the figure we came up with was actually quite startling.”

Regarding abortions, he said from 2011-2015 there were 743 reported abortions conducted in public hospitals across the country. This figure includes abortions done by 13-to-16-year-old girls.

He said based on date recorded from 1996-2016, there was a total of 3,478 child marriages - of these there were 1,156 civil marriages (Christian/non-Christian marriages that are not Muslim/Hindu/Orisha), 526 Muslim marriages and 1,796 Hindu marriages.

He also mentioned a huge disparity in the ages of females and males within child marriages.

“That’s the law in Trinidad and Tobago and the facts are taken from the marriage certificates.”

Religious groups, such as the Inter Religious Organisation (IRO) are against the Bill, however other NGOs and religious organisations have expressed support for the Bill.

Islamic scholar and temporary senator, Maulana Dr Waffie Mohammed, is against the Bill, saying that according to Islam, girls are considered as being of marriageable age once they reach puberty.