Over 2000 students scored below 30 percent in SEA exam 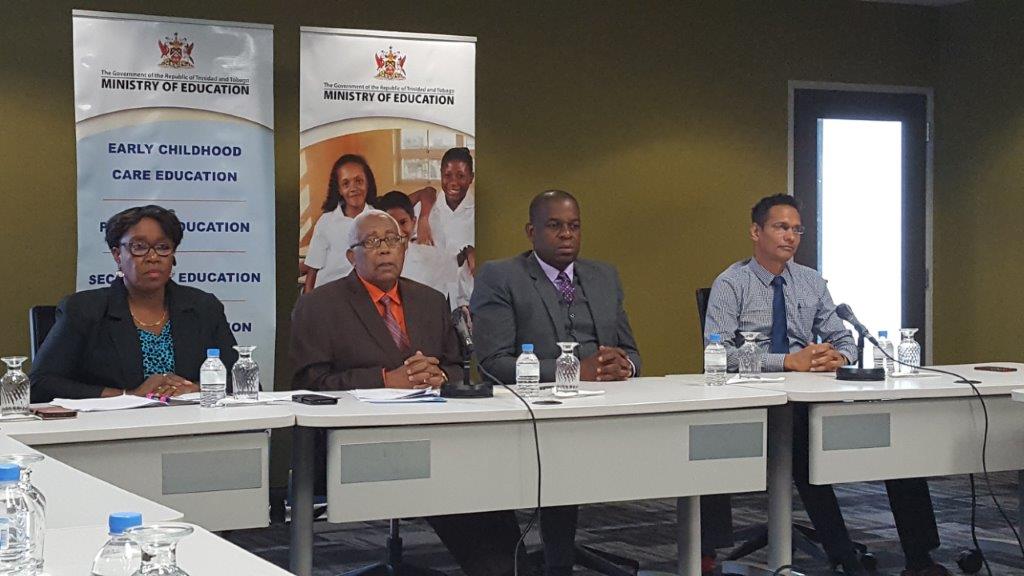 While the successes of students who wrote this year’s Secondary Entrance Assessment (SEA) examination were celebrated on Tuesday, the Education Ministry remains concerned over the incidence of students scoring below 30 percent.

Garcia told reporters at the conference that he was even aware of one student who scored below 10 on both Mathematics and Language Arts, while Minister in the Education Ministry Dr Lovell Francis said there were some cases of students scoring zero on these papers.

Education Minister Anthony Garcia said the Ministry is working to ensure that these numbers are reduced through its Student Monitoring and Form One Initiatives, hopefully in the "not too distant future".

School supervisors have been mandated to visit schools regularly to offer necessary support to the principals and teachers, to ensure there is improvement in the way in which children are taught and perform.

Curriculum Officers have also been asked to visit schools more frequently as a means of ensuring that subject areas are implemented according to Ministry standards.

Minister Garcia said these measures are necessary as it is troubling that after seven years of schooling some students were still not proficient in Mathematics or Language Arts and have poor penmanship.

Minister Francis noted that there may be underlying learning disabilities that may not have been detected that would have resulted in the students' performance.

He lamented that while competition is getting tighter, at the same time too many students are performing poorly.

Students who perform below the 30 percent mark and who are under 13 can resit the exam. There are 803 such cases in this year's exam.

President of the Trinidad and Tobago Unified Teachers Association (TTUTA) Lynsley Doodhai indicated that attempts are made by teachers to give resit candidates the requisite attention needed to ensure that they gain better results when rewriting the exam.

Parents' concerns over the placement of their children were also addressed, as Garcia explained the different criteria used to place students in secondary schools.

Placement is based on merit, the choice of schools, gender, Principals’ 20 percent selection in accordance with the Concordat, residence, and multiple births where efforts are made to have students who are siblings placed in the same school, he said.

"Parents are given the choice of four schools...in many instances parents would select the high performing schools as their first second third and fourth choices."

Providing an example of how this factors in to a child's placement at a school, Garcia said parents would choose "prestigious" schools and if the student is not accepted at the school on the basis of their performance, the child is placed in a school near to where they live.

These criteria are applied after raw scores are converted to a standard score and weighted.

Students were assessed in Creative Writing, Mathematics and Language Arts as the Continuous Assessment Component (CAC) was removed.