Over 30 beaches to be cleaned for International Coastal Cleanup Day 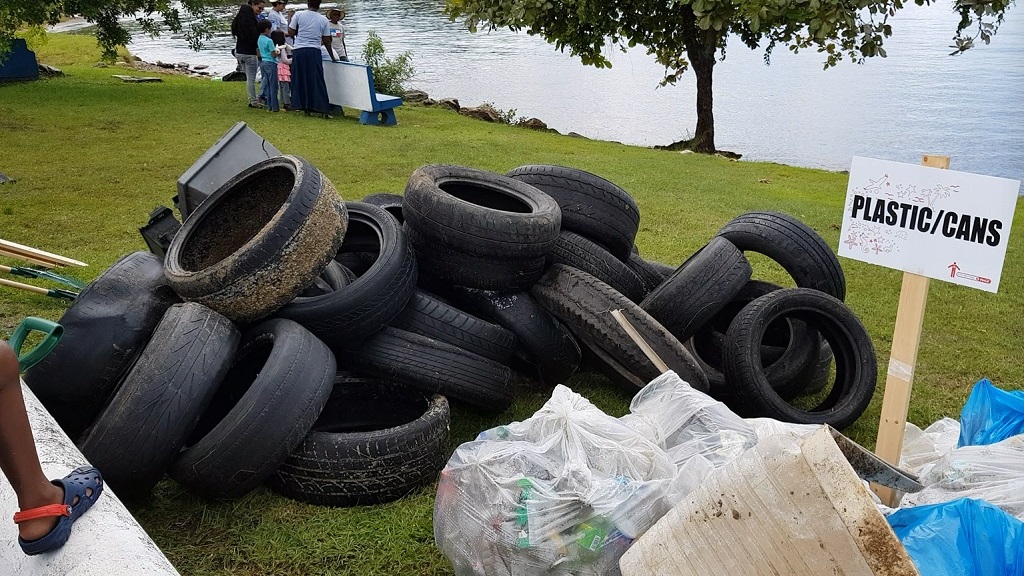 Hundreds of volunteers around the country will be cleaning up over 20 of the country’s beaches and nature sites on Saturday as part of the International Coastal Cleanup which takes place on September 21.

The clean-up is part of a global initiative by the NGO Ocean Conservancy in which groups come together to carry out beach clean-ups around the world.

Last year, over four thousands pounds of trash was collected by over 200 volunteers during an international clean-up exercise at the Foreshore, with much more being collected at other sites across the country.

NIRD, the Caribbean Network for Integrated Rural Development, is the national coordinator for the Ocean Conservancy's International Coastal Cleanup in Trinidad and Tobago. 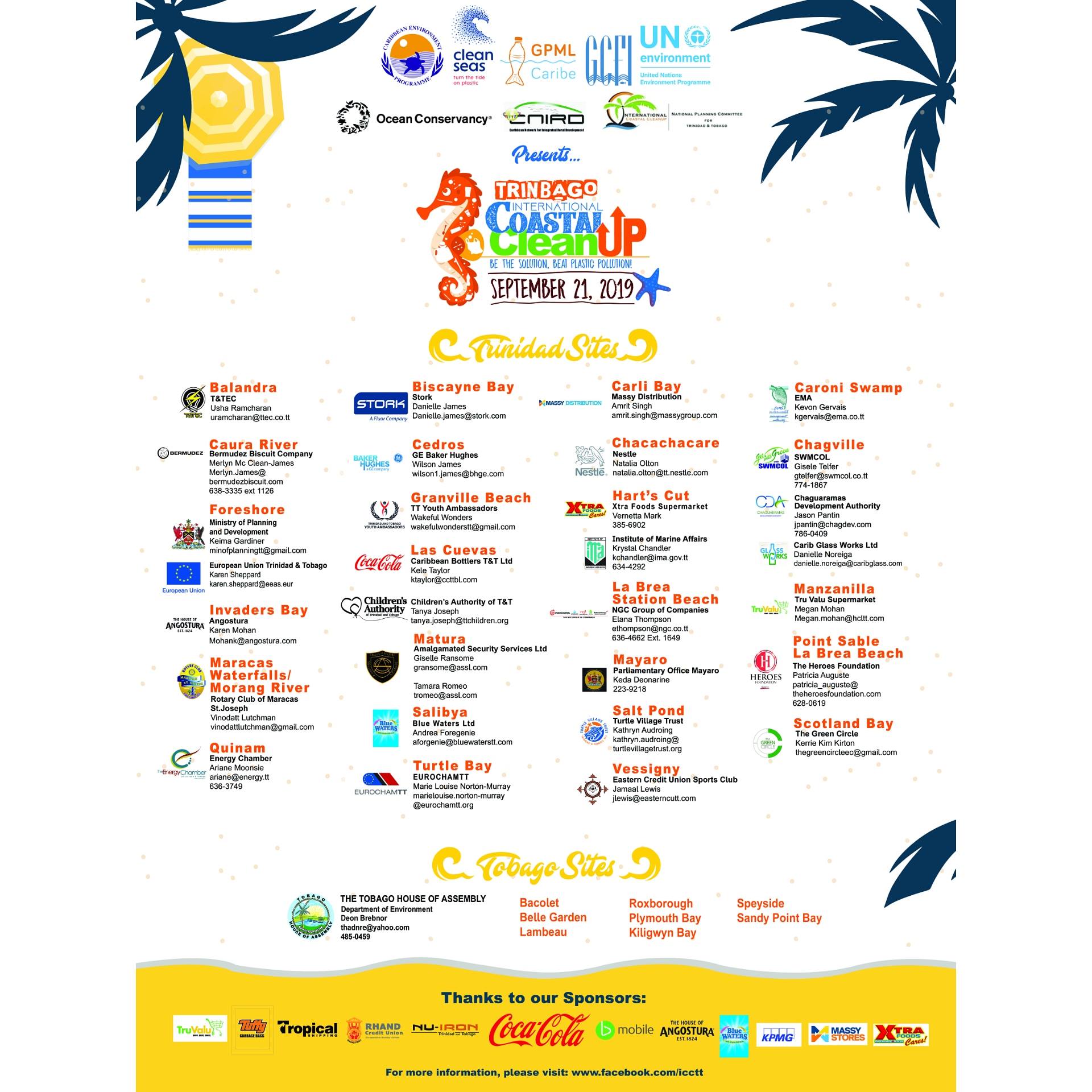 This year, beach clean-ups will take place on Saturday, September 21, 2019, at various locations including:

Minister of Planning and Development, Camille Robinson-Regis, and the Delegation of the European Union (EU) to Trinidad and Tobago will take part in clean-up activities at the Foreshore, Audrey Jeffers Highway.

The joint EU and MoPD clean up event will take place at 9:30 am and will be joined by volunteers from the Trinidad and Tobago Coast Guard.

Dr David Persaud, Director of the Environmental Policy and Planning Division at the Ministry of Planning and Development, said it's hoped that this venture will help citizens to become more aware of the need for conservation.

“I look forward to the day that we would have clean and pristine beaches, coastlines and waterways and events such a beach clean-up would not be necessary."

"Such a reality can only be accomplished when every citizen has love and pride for the country and stop the littering and indiscriminate dumping of garbage that eventually makes its way to the country’s beaches and coastline. We must try to live by the tenant that Environment Pride is National Pride," said Dr Persaud.

EU Ambassador His Excellency Aad Biesebroek stated, “Marine pollution is not merely an eyesore, it is one of the most pressing problems we face, contributing not only to environmental degradation but also to climate change.  With collective action, we want to highlight the issue and encourage everyone to take action.”

In 2018, 3,767 volunteers from Trinidad and Tobago collected and documented a total of 174,109 trash items that weighed over 38,090 pounds in total. Globally, more than 1 million citizen scientists from over 180 countries took part in the ICC last year.

The International Coastal Cleanup began more than 30 years ago, when communities rallied together with the common goal of collecting and documenting the trash littering their coastline. The movement was catalyzed by the passion and spirit of two committed individuals. Back in 1986, Linda Maraniss moved to Texas from Washington, DC, where she had been working for Ocean Conservancy.

She’d been inspired by the work her Ocean Conservancy colleague Kathy O’Hara was doing on a groundbreaking report called Plastics in the Ocean: More than a Litter Problem that would be published the next year.

Linda and Kathy reached out to the Texas General Land Office, local businesses and other dedicated ocean-lovers, and planned what would become Ocean Conservancy’s first Cleanup. They asked volunteers to go beyond picking up trash and record each item collected on a standardized data card in order to identify ways to eliminate ocean trash in the future.

The Cleanup has grown immensely in the 30 years since Linda and Kathy’s first Cleanup. Volunteers from states and territories throughout the U.S. and more than 100 countries come together each year and participate in a Cleanup event near them.