Over 3000 Venezuelans so far, approved to work in Trinidad for a year 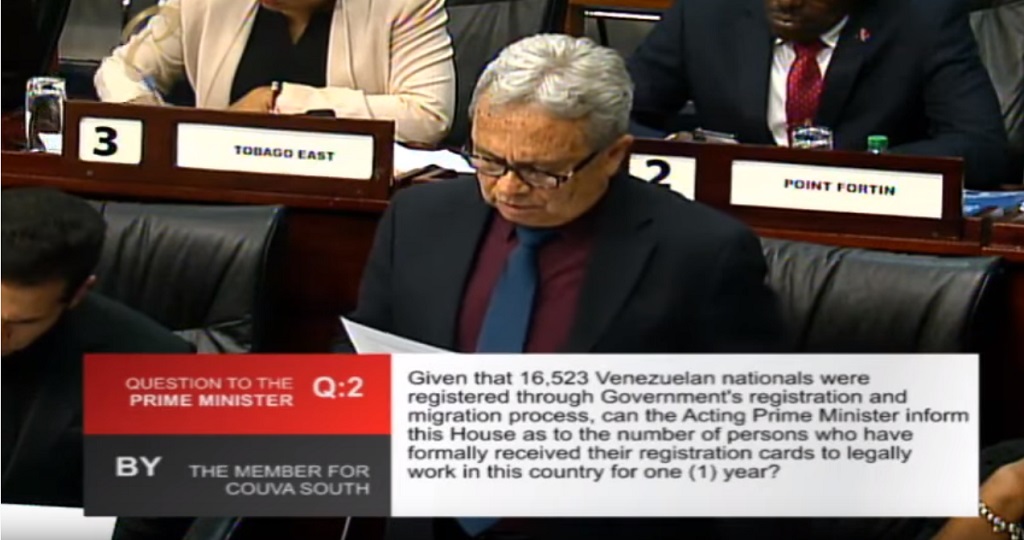 A total of 3091 Venezuelans have so far received approval to work in Trinidad and Tobago for one year, as per the amnesty implemented by the Government.

Couva South MP Rudranath Indarsingh had inquired how many people formally received their registration cards to legally work in the country out of the 16,523 Venezuelan applicants.

In response, Imbert said the entire system takes time as cards are processed on verification of identity and background checks conducted by the International Criminal Police Organization (INTERPOL). However, he said 19% of the more than 16,500 registrars can collect their ID.

"I'm told that 5148 applications in total have been verified by the Venezuelan authorities and INTERPOL and local authorities and have been recommended for Ministerial approval. So far, I am advised that 3091 cards have been processed and printed and the relevant applicants have been contacted to collect them."

Meanwhile, Minister Imbert revealed that over 100 people were found to have been criminal offende.

"I have been advised that out of the total number that was registered, so far, 112 have been found to have criminal records ranging from robbery, larceny, drug trafficking and homicides."

He could not say whether those indiduals were in Trinidad and Tobago or repatriated to Venezuela.

On May 31, the Government began a two-week registration process as they sought to provde refuge to Venezuelans.  The amnesty allows those without a criminal record to legally work in the country for one year.