Over TT$2 million for Cuffie’s medical treatment, according to PM 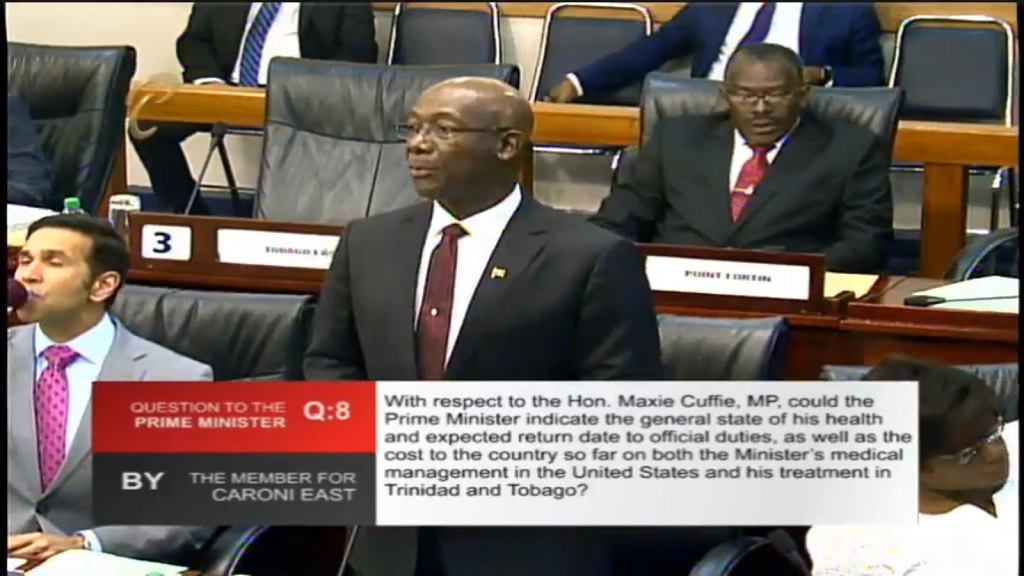 Speaking in Parliament on Friday in response to questions put forward by the Opposition, Dr Rowley said a total of TT$980,263.69 was paid to the St Clair Medical Centre toward his treatment.

“The Government of Trinidad and Tobago intervened to assist Mr Cuffie at a time when his life was being threatened. The government, through the normal procedures available to Cabinet ministers, incurred as (an) expense on his behalf at St Clair Medical in the sum of TT$980,263.69.”

“That brought Cuffie to a situation where it was recommended that his situation would be improved and his condition stabilised if he got treatment abroad urgently.”

According to these figures, the sum of medical expenses so far amounted to approximately TT$2,444,916.

Dr Rowley said Cuffie has ‘made considerable progress’ and is likely to return to office ‘in the not too distant future’.

“His ability to continue the job that he was doing before will be assessed,” Dr Rowley said.

He also asserted that he is well on the way to recovery in response to certain public comments regarding his health situation.

Cuffie remarks on his health: 'I feel born again'