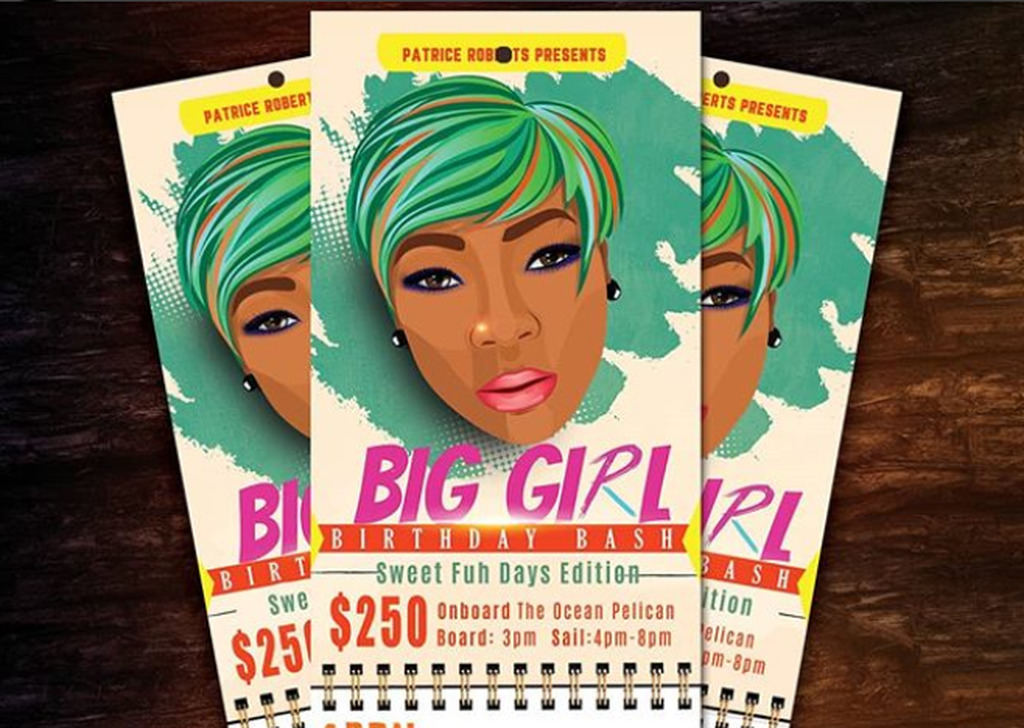 Patrice Roberts' management team is working on another event for her fans and supporters after an overwhelming turn out for her Big Girl Birthday Bash  boat ride left the boat grounded.

The party was carded for the Ocean Pelican which has a capacity to hold 250 people but although tickets were sold, more people than bargained turned out.

Adanna Asson, Roberts' Publicist, said in addition to those who bought tickets, there was a surprise appearance from some of Roberts' relatives from abroad as well as support from artistes, radio personalities and DJs in addition to Roberts' own entourage.

She said her guesstimate is that there were around 290 people so instead of risking any incidents or fines they decided to keep the boat in the dock and party there. She said to her knowledge only two people asked for refunds.

"Patrice didn't want to leave anyone behind," said Asson of the decision to keep the boat in the dock.

She said they asked patrons to hold on to their ticket stub as they plan another event to add value to the fans.

The turnout was further testament to Roberts' growing popularity, further intensified this year with her hits 'Sweet Fuh Days', 'Criminal Wine' with Lyrikal and 'Like it Like Dat' with Kees Dieffenthaller.

Roberts told Loop she was happy with the show of love.

"I was really moved by the support that I got. All I wanted was to have another great event and that happened. I do not usually do anything over the top and it was based on love. I keep playing over April 22, 2018, in my head and I am so happy even though we could not sail," she said.