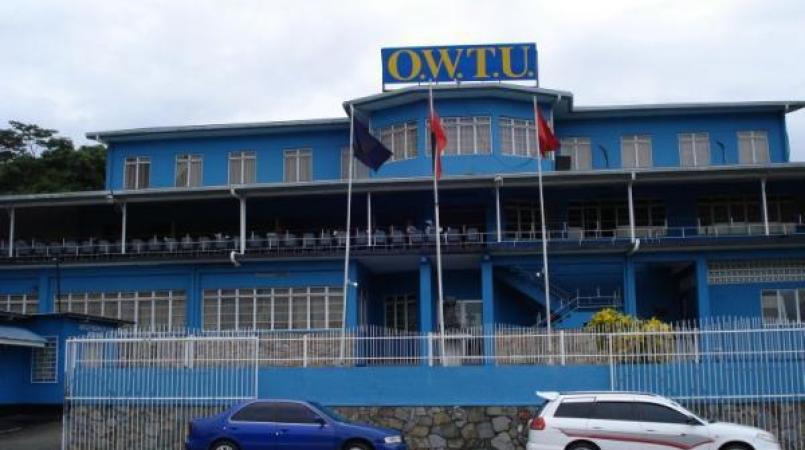 The Oilfields Workers’ Trade Union (OWTU) has reiterated its call for Government to consider its proposal for the immediate restructuring of Management at Petrotrin, following an oil spill at a storage tank in Point-a-Pierre.

The oil reportedly seeped into the Guaracara river, Gulf of Paria and surrounding waterways.

Acting President General Carlton Gibson, via release, said Government's inaction may result in similar occurrences which could lead to loss of revenue within the state-owned company.

“Their current approach to this crucial issue seems void of the priority and urgency that the situation desperately needs. To do otherwise the Company will continue to be burdened with poor management decisions, and with an onerous governance structure that has repeatedly proven to be a colossal failure. Unfortunately, with the business-as-usual approach to Petrotrin’s Management, we again run the risk of other catastrophic failures with costly and deadly consequences, not only for the Company but also for the environment and the country as a whole.”

Gibson said for roughly eight years the OWTU warned the then Government and Board of Directors that attention should be paid to, and investments made on, the infrastructure of Petrotrin.

He said this along with maintenance should have been undertaken, rather than an investment into the failed cosmetic WGTL project.

The Acting OWTU President General also recalled that On December 17th, 2013, Trinidad and Tobago suffered a major oil spill that affected the communities along the coastline of the entire South-Western peninsula.

He said the Union publicly raised utmost concern in the lead up to that oil spill, and during the subsequent cover-up in its aftermath adding that these concerns were presented in writing to the President, the then Prime Minister, the then Opposition Leader, as well as Independent Senators.

He said all the actions taken by the OWTU to publicly highlight and to have these issues addressed, are conveniently misunderstood and condemned when in fact these actions should be supported in the country's interest.