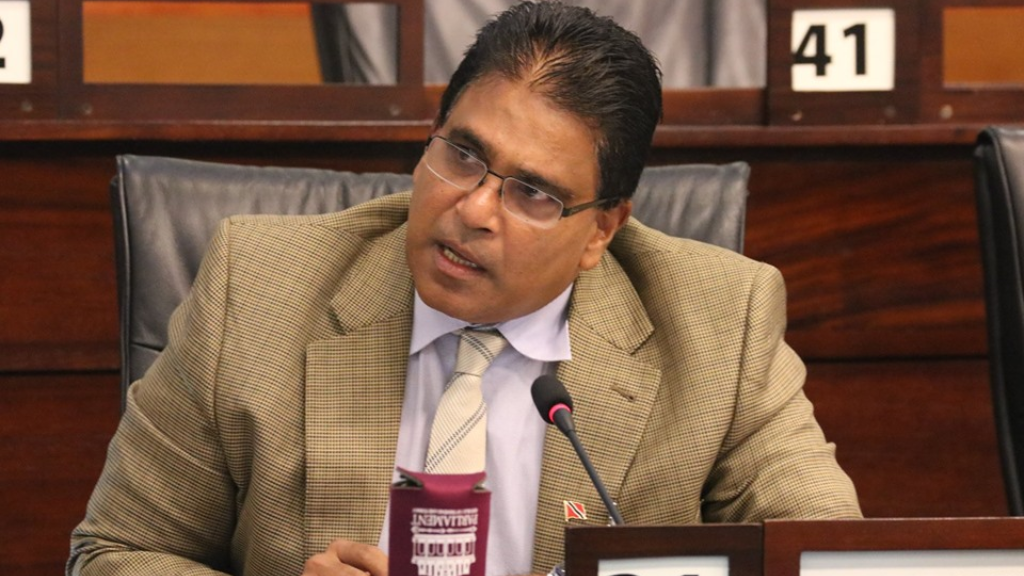 The Oilfields Workers’ Trade Union (OWTU) is demanding a retraction of corruption allegations made by an Opposition MP in Parliament in relation to its acquisition of the refinery.

The Union said it is prepared to launch a national campaign against the Opposition United National Congress (UNC) should no apology be forthcoming.

The declaration came from OWTU President General Ancel Roget at a press conference on Thursday, in response to the accusations made by Opposition MP Dr Roodal Moonilal during debate on the budget on Tuesday.

Moonilal suggested that there was third party manipulation involved in the acquisition of the refinery. He claimed that he had evidence that a deal was struck with Suriname-based Sunstone Equity and A&V Drilling.

Roget hit back at the Opposition, stating that corruption and underhandedness was their way of conducting business.

“The OWTU is prepared to mount a national campaign against the UNC party with all of the corrupt dealings if they do not clear up this issue immediately.”

“I call on the Opposition leader… to state clearly what is the UNC’s position with respect to the OWTU’s acquisition of the Pointe-a-Pierre refinery and the port in the name of the people of Trinidad and Tobago.”

He said the union viewed Moonilal’s accusations as a frontal attack coming from the Opposition and an abuse of Parliamentary privilege. In this respect, he said the Opposition leader had a duty to state her position on the union’s acquisition of the refinery.

He defended the OWTU’s purchase of the refinery as he said there was nothing underhanded in the acquisition process.

Roget assured that the process was above board, and said the union could guarantee the country that there would be no underhandedness or corruption going into the conclusion of the acquisition process.

“The OWTU would have won fair and square the right and status of a preferred bidder for the acquisition of that Pointe-a-Pierre refinery and the port. We best out all of our competition, left, right and centre, in this international competitive bidding process and we came out in flying colours.”

“And we did that without any form of corruption,” Roget continued.

The union leader issued a challenge to Moonilal to make the same statements outside of Parliament.

“Come outside. Let’s step outside of the cover of the parliamentary privilege that was given to you for other purposes for the purposes of the good of the country and not for the mischief that it was used.

Come outside, my brother. We will be waiting for you to deal with you.”

Roget said it appeared that the UNC pretended to care about the retrenched Petrotrin workers but the party really wished that the union was not successful in its bid for the refinery.

“Now that we are successful, the real fangs are coming out and being exposed. You are seeing the wolves coming out in various forms.”

“We believe that they just want to get back in power and to press continue so that the UNC could continue to mismanage and to do whatever they please with those assets which would not benefit the people of Trinidad and Tobago.”

He assured that action will be swift if the union does not receive an apology in 48 hours.

“If you declare war on us we will respond. We are not afraid of anybody,” Roget declared.

Imbert hits back at critics, defends OWTU's acquisition of refinery