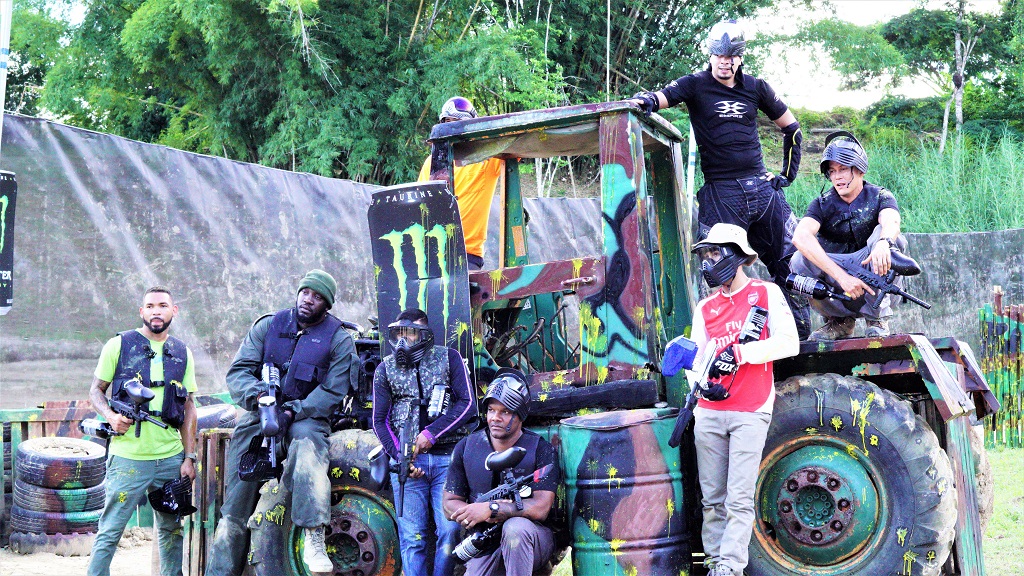 Who knew being hit with balls of paint could be so much fun?

Paintball is the sport that brings competition, fun, and team-building all in one, according to CEO of Spectrum Experience Limited and president of the Trinidad and Tobago Paintball Asociation, Davidson Francis.

Francis, who has 10 years of experience within the military, told Loop News that his company practices the sport within a fully controlled and regulated environment and has acquired all the relevant permissions from the Commissioner of Police to practice the sport, as well as import the paintball markers.

"We've made sure that our company adheres to international safety standards in order to attain the relevant permissions. We also now have the Trinidad and Tobago Paintball Association which means there is a regulating body to ensure these requirements are adhered to," he said.

Francis said through Spectrum Experience, he would like to bring the fun of the paintball experience to corporate groups and other team-building events.

All arenas are blocked off to prevent stray paintballs from colliding with spectators, and all paintball markers are given safety checks prior to each game. All participants are also required to wear safety masks and vests and are given a full orientation before the start of play.

He said the enforcement of safety regulations is critical if the sport is to develop, and said the Association is trying to set up a registration process for members who want to own their own paintball markers, as well as rules for their transport and usage.

One such safety measure would be the requirement that all markers being transported to a game should be disassembled and only assembled at the paintball event site.

"You would have a card showing you belong to a club and that you are registered with the Association, which would show a level of accountability," he said.

He said he hopes to bring paintball up to the professional level where teams can eventually compete at international competitions.

Francis said that so far the response has been great with a number of groups turning out on their inaugural day on October 26, 2019, at La Vega Estate in Gran Couva.

He said that the company can also set up their paintball arenas at other locations and incorporate other fun elements such as arenas with inflatable objects.

For more information visit Spectrum Experience on Facebook at https://www.facebook.com/SpectrumExperienceLtd/