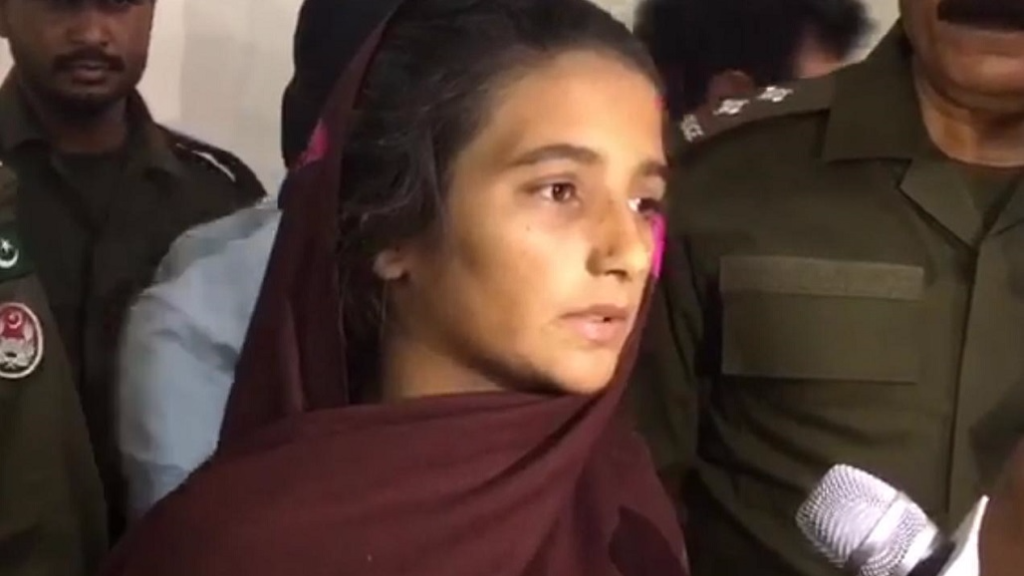 Pakistani police arrested a newly married woman on murder charges after she allegedly poisoned her husband's milk and it inadvertently killed 17 other people in a remote village, a senior police officer said Wednesday.

District police chief Sohail Habib Tajak said a judge allowed police to question the woman, 21-year-old Aasia Bibi, for two weeks to determine whether it was the woman's decision or her boyfriend had incited her to kill her husband by poisoning.

"This incident took place last week and our officers have made progress by arresting a woman and her lover in connection with this murder case, which was complicated and challenging for us," he told The Associated Press.

Tajak said Bibi was married against her will in September in a village near the town of Ali Pur, 100 kilometers (60 miles) south of Multan, a city in the eastern Punjab province.

He said Bibi was not happy with her husband and wanted to return to her parents' home.

Tajak said the woman obtained a poisonous substance from her boyfriend, Shahid Lashari, last week and mixed it in milk for her husband, who refused to drink it. But the woman's mother-in-law later used the tainted milk to make a traditional yogurt-based drink and served it to 27 members of her extended family, who fell unconscious and were hospitalized.

Seventeen people died and 10 were being treated in a hospital, he said.

Bibi and Lashari appeared before a judge in the city of Muzaffargarh on Tuesday, where she told reporters that she was angered over her parents' decision to marry her to a man against her will. They did not have lawyers.

"I repeatedly asked my parents not to marry me against my will as my religion, Islam, also allows me to choose the man of my choice for marriage but my parents rejected all of my pleas and they married me to a relative," she said.

She said her love affair with her boyfriend continued after she got married.

Bibi said she had warned her parents that she was capable of going to any length to get out of the marriage, but they refused to allow her to get a divorce.

She said Lashari gave her a poisonous substance, which she used to try to kill her husband. She expressed remorse over the deaths, saying her target was only her husband.

Tajak said police were trying to trace and arrest all those who were aware of the plot. He said Lashari confessed to supplying the poisonous substance.

Faisal Chingwani, a top human rights activist in the city of Multan, said Bibi apparently committed the crime because she was mentally stressed about the forced marriage.

Many parents in Pakistan arrange marriages for their daughters against their will.

The Latest: Trump answers terror attack: 'NOT IN THE U.S.A.'

6 dead, others hurt after motorist drives onto NY bike path