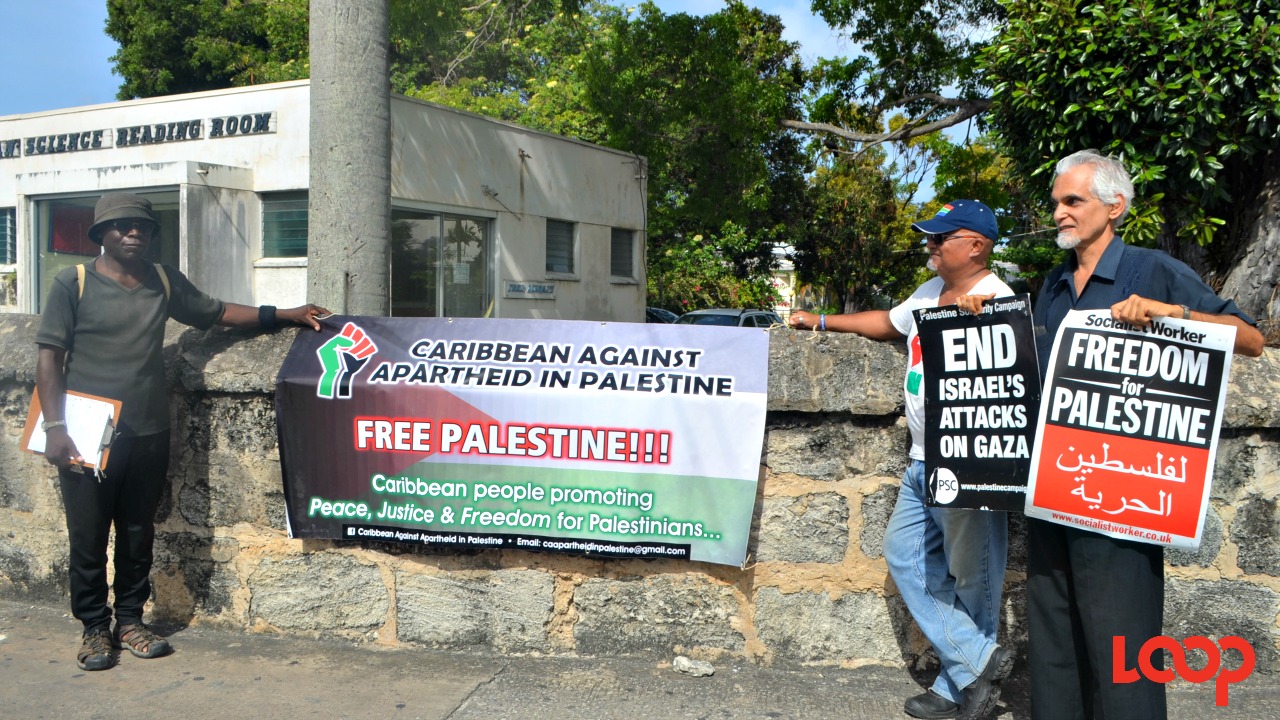 Members of the Caribbean Against Apartheid in Palestine.

Regional participation in the Caribbean Israeli Technology Conference which opened today in Barbados is being described as "like Judas who accepted thirty pieces of silver to kill Jesus."

Secretary of the Barbados-based Caribbean Against Apartheid in Palestine, Lalu Hanuman, said he is taken aback that the conference is being held at a time when the people of Palestine are enduring oppression.

He and two others staged a one-hour protest at the corner of Aquatica Gap and Bay Street this morning ahead of the conference being held at Hilton Barbados Resort.

"For 70 years they have been enduring oppression and in effect second-class status in their own country. There are also 5 million Palestinians living in refugee camps in surrounding camps who have been there for many generations and they are not allowed to go back to their own country, but Jews from any part of the world from the Diaspora automatically have a right to Israeli citizenship," he charged. 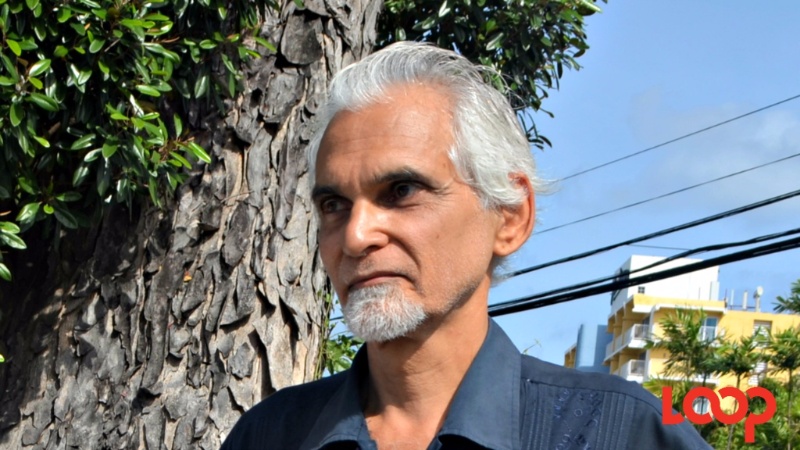 Secretary of the Caribbean Against Apartheid in Palestine, Lalu Hanuman.

Insisting that what is happening in that country is "horrendous", Hanuman told Loop News that before Barbados and the rest of the Caribbean begin to form trade ties with Israel, they need to know of these developments.

The June 7-8 conference is aimed at bringing together leading technology companies from Israel with entrepreneurs and business experts from the Caribbean.

Organisers say it will offer a unique opportunity for persons to network, as well as for business collaborations in sectors such as agriculture and solar technologies.

According to Hanuman, participation by Caribbean people in the conference is tantamount to a betrayal of Palestinian people.

Contending that the Israel that exists today has nothing to do with the Kingdom of Israel, he charged that modern Israel is a "racist, oppressive, nefarious entity."

Next stop for Trump is Israel, in pursuit of 'ultimate deal'