Papal ode to motherhood ushers in 2019 after disastrous 2018 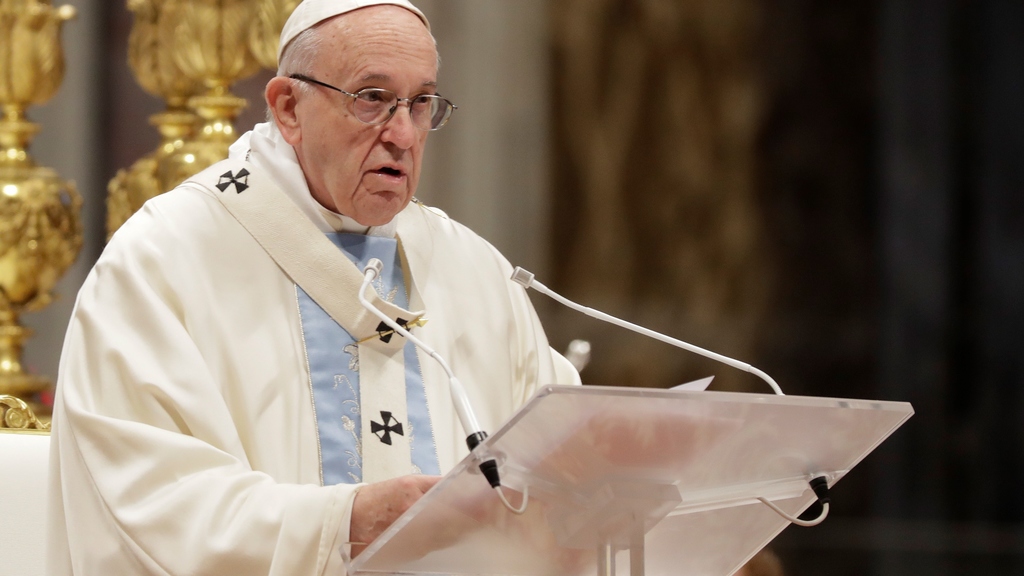 VATICAN CITY (AP) — Pope Francis ushered in the New Year with an ode to motherhood Tuesday, reminding the faithful that a mother's example and embrace is the best antidote to today's disjointed world of solitude and misery.

Francis celebrated Mass in St. Peter's Basilica to formally open 2019, a January 1 tradition that is dedicated both to the Madonna and to the Catholic Church's call for peace.

In his homily, Francis urged Catholics to allow themselves to be led again as children are led by their mothers, saying "a world that looks to the future without a mother's gaze is shortsighted."

"It may well increase its profits, but it will no longer see others as children," he said. "We will all dwell in the same house, but not as brothers and sisters."

"We need to learn from mothers that heroism is shown in self-giving, strength in compassion, wisdom in meekness," he said.

The New Year follows a disastrous 2018 for Francis. Last year opened with the explosion of the global sex abuse scandal and ended with the sudden departures of the Vatican spokesman and deputy in a sign of discord and dysfunction within the Holy See.

Spokesman Greg Burke and deputy Paloma Garcia Ovejero quit Monday without explanation, other than to say that their decision had been months in the making and that they wanted to let Francis build a new communications team.

It has been clear for some time that Francis' centralisation of the Vatican's byzantine communications operations has run into troubles, with the first communications chief forced to resign after he misrepresented a letter from the previous pope and doctored a photograph.

The spokesman's office has been caught in the middle, often stymied from responding to communications crises, caught off guard by papal statements and shut out of direct access to Holy See decision-making.