Parenting in the age of Google Home and Alexa 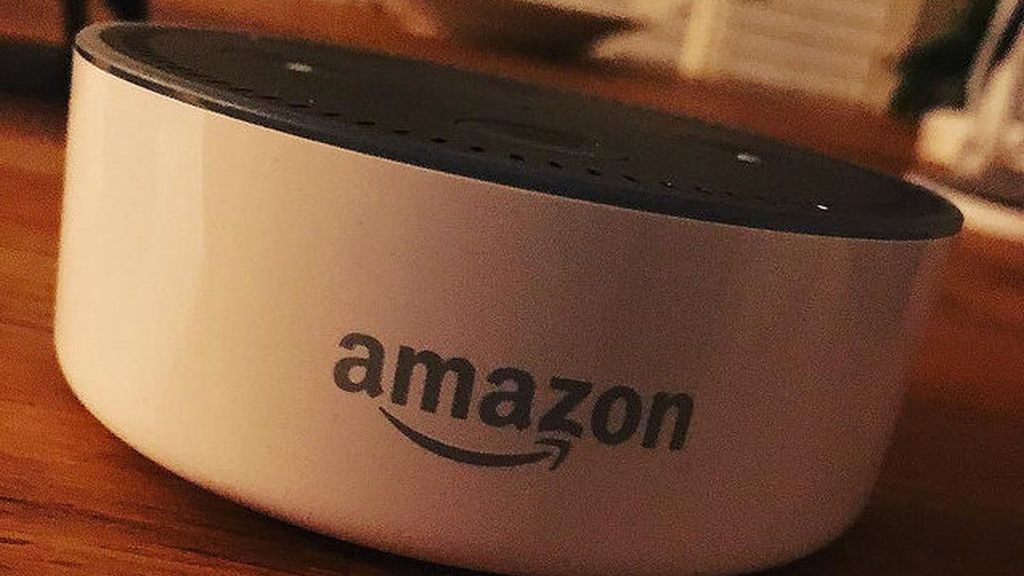 Hey parents: What if there was a machine that could respond to your kids' every command, never tiring, even if they ask it to tell jokes for two hours or answer all their homework questions?

It's a blessing and a curse for moms and dads that machines kind of like that does exist in the form of Google's Assistant and Amazon's Alexa.

These in-house digital assistants don't always understand questions or serve up useful answers (which some parents say is a good thing). But they do create challenges and opportunities for parents — especially those raising younger kids. Even as Amazon and Google are adding options that control access and require kids to speak politely to their voice-controlled speakers, devices like the Echo Dot and Google Home can make a big and unexpected impact.

It took Mary Beth Foster a few days to notice, but it was undeniable: Her son's first words weren't "goo goo." Her one-year-old was saying, "Ok, Google," after hearing his parents say it over and over. When she realised that, Foster says, "my husband thought I was nuts. Babies say 'goo' all the time, right? Until he heard him mimic us talking at the Google Home in context."

Meanwhile Foster, who lives in Mint Hill, North Carolina, says the device has created some confusion for her four-year-old daughter over who, exactly, is in charge. Because the family accesses Netflix, Amazon Prime content and YouTube TV through their Google Home, their daughter has begun asking questions like, "Mom, can you ask Google if we can watch 'Beauty and the Beast'?"

Speed bumps like this have led some parents to avoid these devices.

Suzanne Brown, mother of two boys ages seven and four, is keeping Alexa's seemingly easy answers out of her Austin, Texas, home while her boys are young. She'd prefer to visit the library or search the internet together with her kids to build their "curiosity and problem-solving muscles.

" When they have a question, she says, "we try to work through it or go figure out how to find the answer. And we actually go searching for the answer, and sometimes that leads us to other questions."

But for parents who have invited a digital assistant into their home, here are some of the challenges:

ANSWERS CAN COME QUICKLY BUT MIGHT BE WRONG OR INCOMPLETE

Are the kids calling out questions and accepting a single response as the entire story, without questioning where that answer comes from? Alexa's info most often comes from Wikipedia, which kids may not know isn't always accurate.

On the bright side, if a child is calling out a question — rather than silently typing it into a device — a parent can hear it and engage.

Also, it's a welcome change in some households if the child isn't looking at a screen (though some devices, including the Echo Show, include a screen that shows question prompts and video). Without screens, children have to process information aurally, which "could make you think a little bit more because you don't have the visual," says Erin Boyd-Soisson, professor of human development and family science at Messiah College in Mechanicsburg, Pennsylvania.

Kids can get frustrated because digital assistants don't always hear high-pitched voices correctly, or might be confused by a child's diction or phrasing.

Parents can use this to encourage clearer use of language and better diction. But be aware that digital assistants "may privilege some dialects over others," says Shannon Audley, assistant professor of education and child study at Smith College in Northampton, Massachusetts.

If a child is asking Alexa to answer a math problem, that instant answer "takes away their own strategies for problem-solving," says Audley. One option is to use parenting controls so kids can't access the device during their homework session.

Teach young kids that they need to be able to arrive at answers and synthesize information through their own methods and thinking, says Boyd-Soisson.

As children get older, this naturally gets easier.

Amber Norwood, who is raising two children in the United Kingdom, says she loves that her eight-year-old son engages with both Google and Alexa. "He watches a lot of videos about rockets and space, requests cool music, and connects with buddies from school," says Norwood. He's also building some research skills, she says.

"I think he's going to be ready for the kind of world he'll grow up in. I'm a writer, a teacher of writing, and a lover of books, but I also feel like this is what the future of learning and engagement looks like," she says. "I want to teach him to do it well, and critically."

YOU CAN HEAR IT ALL, AND SOMETIMES THAT'S TOO MUCH

It's delightful to see a kid discover just how much incredible music and information is floating in the virtual cloud. But all that access can induce overload.

"This spring we stayed with my parents for six weeks while we did house renovations," says Jillian Kirby, who lives in Burlington, Vermont. Her son is not quite three and was delighted that his grandparents had Alexa at their house. "If we had ever entertained any ideas of getting one," Kirby says, "they would have been extinguished by that experience."

Soon after meeting Alexa, Kirby's "music-loving son became power-hungry and impatient, and wanted to change the song the moment it came on, yelling 'Alexa! Nex' song!'"

It took several weeks back home and away from digital assistance to start getting through whole albums again.

"We have had a similar issue when people have handed him tablets or phones to play with. We aren't a no-screen-time family, but we stick to co-watching of movies and kids shows," Kirby says. "With both access to Alexa and with the tablets, he has gotten really irritable, and behaviour takes a nosedive."

The key to parenting in the age of Alexa and Google, according to parents and child-development experts, is making sure the machine doesn't replace good, inquisitive interaction between parents and kids.

"It's not that the technology is good or bad," says Audley. "It's essentially how we use it."

Be vigilant with kids on vacation, Children's Authority appeals