Parenting with Marsha Riley: Diary of a single mom and her homeschooled daughter Pt 1 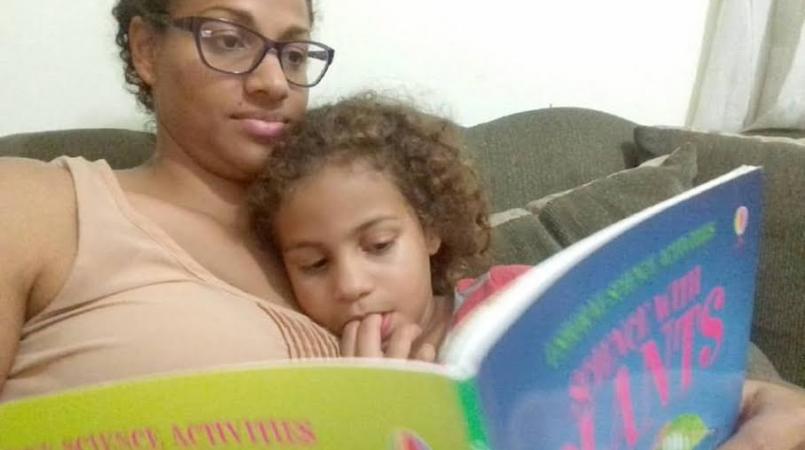 Singly funded, live alone, no rich parents to fund the dream, yet I manage to be a full-time mom and homeschool my daughter.

-How is it possible?  How do I do it?  It’s the question most asked and I know “by the grace of God” doesn’t cut it as an answer for most people so what better way to start off our sixth term together but by writing about it.

My daughter is seven-years-old and is in Grade 2. She follows a US curriculum.  At age five, she was still struggling to read, which by some people's standards is not good enough.  She was intelligent beyond her age though so this really got to me.  I remember shouting at her, I was convinced that she was messing up CAT just to get my attention.  How could she possibly be able to tell me the anatomy of a cockroach or the mating habits of a leatherback turtle, but could not remember how to spell cat?  I was convinced that I’d need to hire someone to do after school lessons with her.  Things became really urgent when she was made fun of at camp one summer when the other girls were reading their story books and she could not.

Being the founder of Just Be Active Academy, a club that promotes kids being outdoors and not in lessons, this solution seemed counterproductive and slightly hypocritical.

I’d been introduced to Multiple Intelligence Theory before, now seemed as good a time as any to put my laser-like focus to good use.  I started using what I learned and applied it to her.  Who knew putting a pom-pom in her hand and a camera in front her face would be the secret to her spelling CAT.

Shortly after that. fees began to feel like a burden, her school was going through turmoil and she was constantly complaining about bullying.  God was literally kicking me into the direction he wanted and I was fighting it with all I had.

Fear was paralysing me.  I’d already taken such a leap leaving my job and starting my own business.  I’d already put time with her as a priority over big contracts.  Now you want me to give up the only time I have without her glued to me?  I booked all my meetings during school time.  How could I possibly home-school her and still work enough to earn an income?

She barely attended school in the January to March term of 2015, so I pulled her out and gave us the last term of that academic year to test the feasibility of homeschooling.  Once we made the leap, we found that it was much more manageable than we ever imagined.

I was able to pull all nighters because I had no reason to wake up at five am and sit in traffic for an hour to get her to school on time.  The time needed to prep in the morning was converted to productive time and I was pleasantly surprised to learn that she accomplished more in two hours of alone time than she would in six hours at school.

My time with you this week is up, so stayed tuned for next week’s article when I tell you how I took on a contract that required me to work during the day and we still made home-schooling work at nights.

Do you have questions about homeschooling? Email Marsha at info.careparenting@gmail.com