Officer attacked with hammer outside Notre Dame in Paris 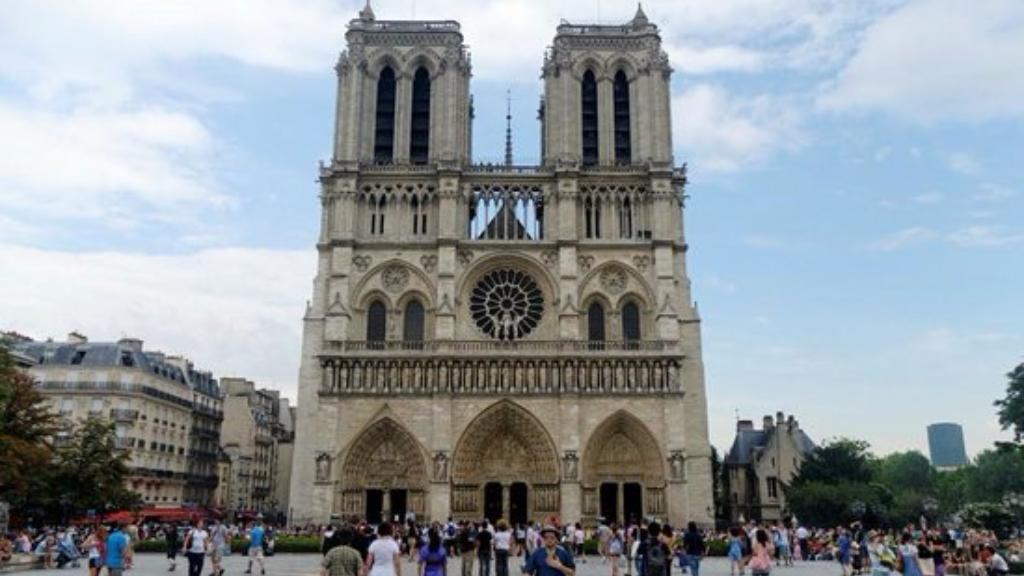 An unidentified assailant attacked a police officer near Notre Dame Cathedral on Tuesday, and the officer then shot and wounded the attacker, Paris police said.

A police union official, Cedric Michel, said a man armed with a hammer went after the police officer, who was patrolling the esplanade in front of the world-famous cathedral known for its gothic architecture and gargoyles. Michel said the attacker was "neutralized" by police.

A police spokesperson told The Associated Press that the officer used his weapon to shoot the assailant. The spokesperson was not authorized to be publicly named. He said the attacker was being taken to a hospital.

The incident happened around 4:30 p.m. Large numbers of police cars filled the area on the Ile de Cite island in the Seine River in the center of Paris as authorities urged people to stay away from the area.

Paris remains under high security after a string of Islamic extremist attacks in recent years, including several targeting police officers and security personnel.

In April, an attacker opened fire on a police van on Paris' Champs Elysees, killing one and gravely wounding two others. The attacker was shot dead by police.

The incident recalled two recent attacks on soldiers providing security at prominent locations around Paris, one at the Louvre museum in February and one at Orly airport in March.

The Latest: Australia fears for missing nanny in London