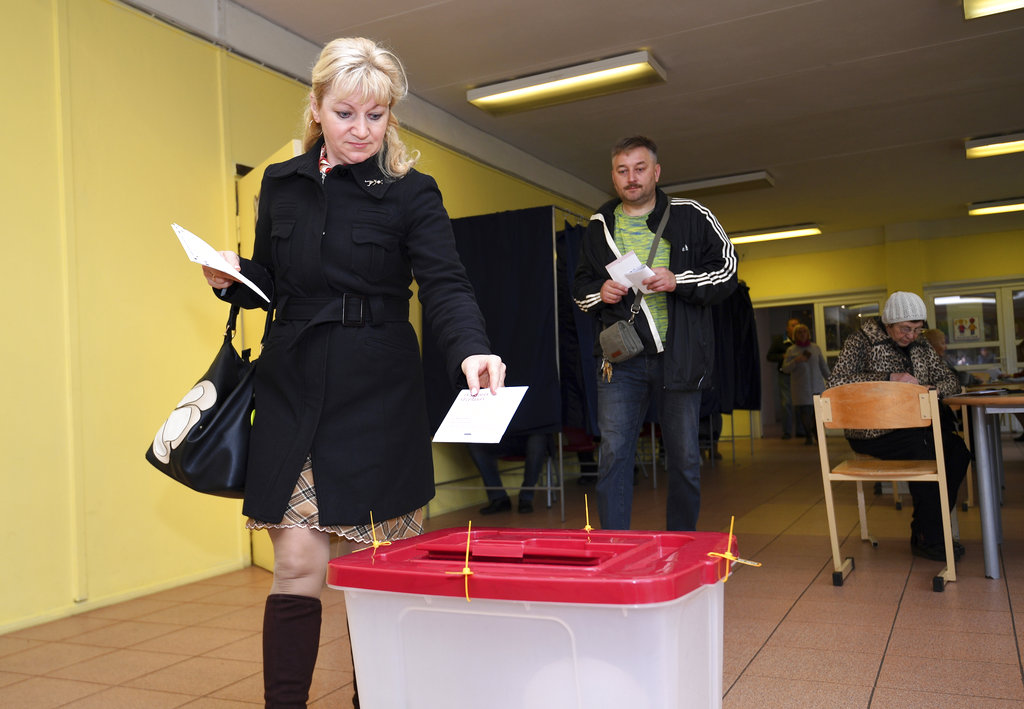 An opposition party catering to the Latvia's large ethnic Russian minority is poised to win the Baltic nation's parliamentary election but it's expected to face difficulties in forming a coalition government.

Voters in Latvia, which is a member of the European Union and NATO, chose Saturday from more than 1,400 candidates and 16 parties to fill the country's 100-seat parliament.

With over 95 percent of votes counted, preliminary results Sunday from Latvia's electoral committee showed the left-wing Harmony party was leading with 20 percent support.

The populist KPV party and the anti-corruption New Conservative Party were in second and third place with 14.1 percent and 13.6 percent of the votes respectively.

Prime Minister Maris Kucinskis' centrist Union of Greens and Farmers was in the sixth place with 10 percent support.