Pathologist shortage to be addressed: 3 expected in six months 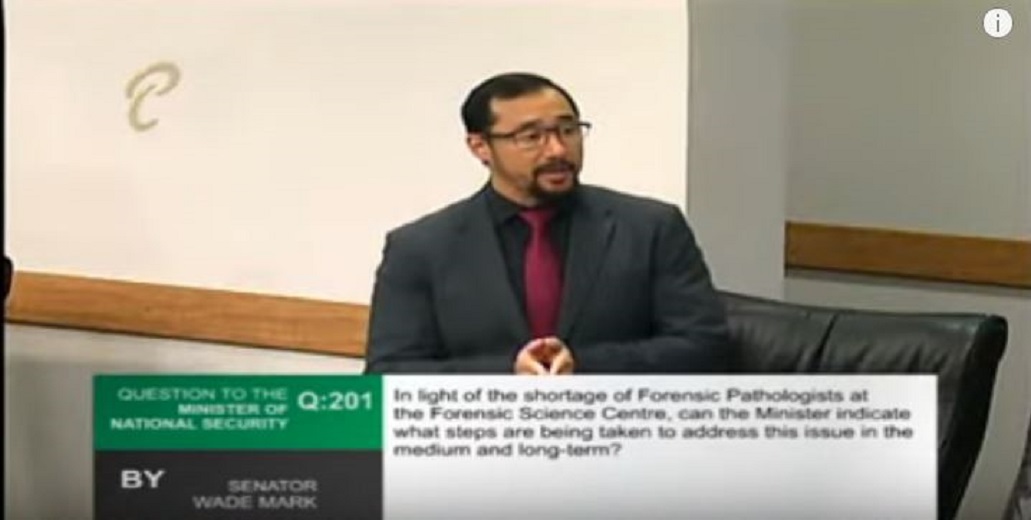 Three forensic pathologists are expected to be hired in six months, to address the ongoing shortage at the Forensic Science Centre in St James.

National Security Minister Stuart Young made the revelation in response to the question posed to him by Opposition Senator Wade Mark at the Upper House on Tuesday.

"The Ministry of National Security has engaged the services of the United Nations Development Programme (UNDP) through the United Nations Volunteer Programme to assist in the procurement of three additional forensic pathologists. This matter is currently being pursued by the Ministry and it is anticipated that once all administrative issues are fulfilled, the recruitment process can commence. The recruitment process is expected to be completed in another six months."

Senator Mark questioned whether there was an optimum number of pathologists that ought to be employed at the Forensic Science Centre to deal with the growing workload. Minister Young responded noting that there are four positions at the Centre in which three are filled by Dr Easlyn Mc Donald-Burris, Dr Hughvon Des Vignes and Dr Somu Sekhar Gajula.

Minister Young further noted that there is an ongoing review of one person that has applied for the vacant position.

"Once the requisite administrative process is fulfilled and satisfied, consideration will be given to engaging the applicant."

However, the National Security Minister said he was not aware that there was an optimum number of pathologists for the centre.

No pathologist at Forensic Sciences Centre after aircon goes down