Patrice taps into the wisdom of the masters for new video 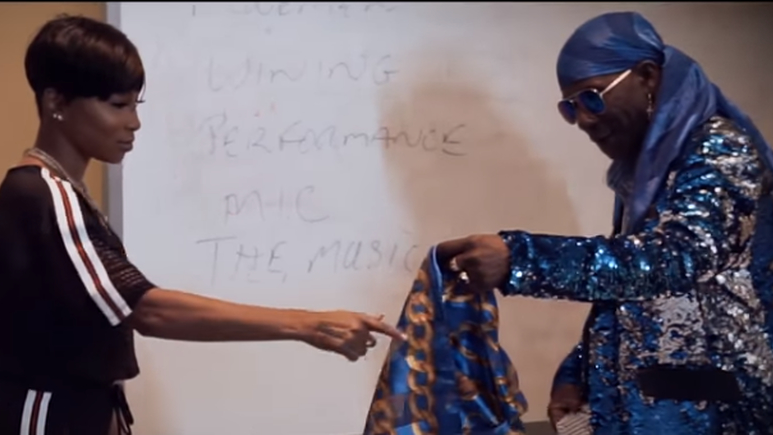 Patrice Roberts' video for "Sweet Fuh Days" pays homage to the veterans of the art form who have walked before her.

The video for the song many say is a Road March contender features Roy Cape and Super Blue teaching Roberts the elements needed to move the crowd for her Red Boyz production.

In one frame, Cape, known affectionately as Pappi, shows Roberts clips of performances from Denyse Plummer, Shadow and Black Stalin.

Roberts told Loop that she has always been a student of soca and she wanted to show that in order to grow, artists must be willing to learn.

"Truth is, I am a student of soca and it is because of the work that many of the veterans put in that I am able to grace stages throughout the world," she said.

"For the video, I wanted to show that in order for us to grow we have to be willing to learn. Hence the classroom setting and the inclusion of Pappi and Superblue."

Roberts said choosing the two icons of music was strategic.

"A lot of people do not know that the first band I was supposed to be in Roy Cape All Stars. Pappi came to Toco to talk to my mom about me being a part but after careful consideration, he changed his mind as he felt I was not ready at that time. Throughout the years as I grew Pappi always showed me love and shared advice. As far as Superblue is concerned his contribution to the road and revelry cannot be denied and I wanted to acknowledge that and pay homage at the same time," she said.

The video was released on December 30.

My Release: Dynamite makes a powerful soca debut with "Brave"