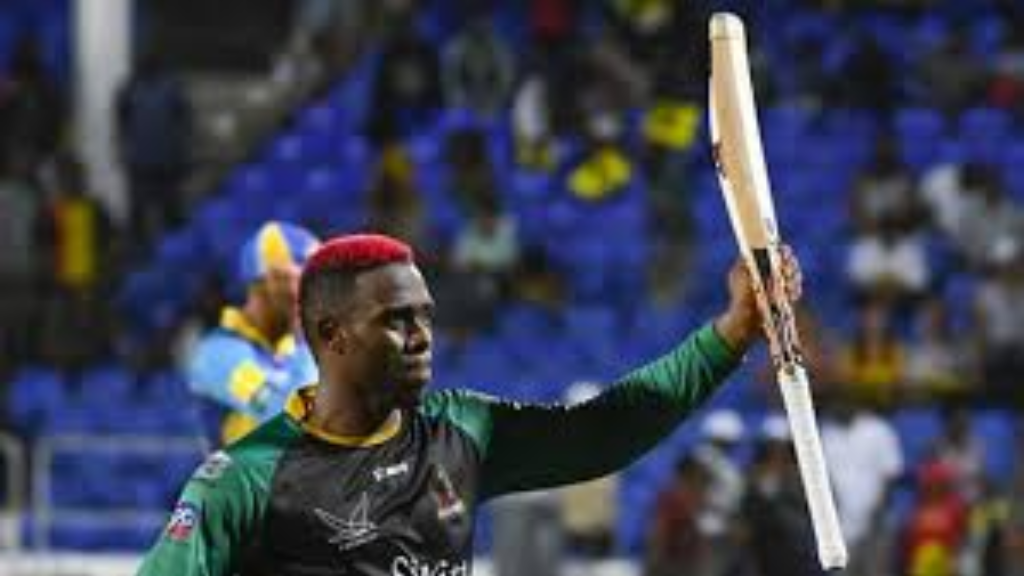 Fabian Allen powered St Kitts & Nevis Patriots to a thrilling two-wicket victory with two balls to spare that takes them temporarily to the top of the Hero Caribbean Premier League (CPL) while inflicting a sixth straight defeat on the Barbados Tridents.

It looked like the Tridents were finally going to return to winning ways back on the road after five defeats at home when they reduced the Patriots to 92/6 in pursuit of 169 for victory, and again when Allen lost the strike in the closing overs and was left needing 17 from the final six balls.

But Allen had the answers, smashing the first two balls of Dominic Drakes’ closing over for sixes to take the target down to a far simpler five from four.

The third ball bounced over the mid-wicket boundary and a scampered leg-bye finished the job.

Allen ended on a sparkling unbeaten 64 from 34 as the Patriots completed a first successful 150-plus Hero CPL run-chase after seven previous failures.


The Patriots’ stay atop the table is certain to be a short one; they have now completed their 10 group games while the three teams one point below them all still have games to play against each other.

Nevertheless, a winning farewell to their fans at Warner Park and a successful chase from such a difficult position will give the Patriots confidence heading into the playoffs.

They will hope to improve their death bowling, though, after allowing the Tridents to recover from 115/5 at the start of the 17th over to reach a far more competitive 168/5.

The Patriots’ pursuit of that total got off to a bad start. Mohammad Irfan, who bowled a record-breaking spell of 4-3-1-2 in the reverse fixture, was a thorn in the Patriots’ side again here with three wickets in the Power Play to put the home side on the back foot.

Evin Lewis was caught at mid-wicket after miscuing a pull, while van der Dussen had his stumps thoroughly rearranged when playing back to a full delivery.

The final ball of the Power Play brought the big wicket of Chris Gayle as he picked out Drakes at mid-on.

Things got worse for the Patriots with a pair of cheap wickets in the ninth over.

First Anton Devcich was bowled attempting to reverse-sweep Imran Khan before a horrible mix-up saw Ibrahim Khaleel run out as he and batting partner Mahmudullah both found themselves stranded mid-pitch.

Mahmudullah was then smartly caught at long-leg by Hashim Amla to give Imran Khan a second wicket with the target starting to look a long way off.

Allen, though, was able to find the boundary with enough regularity – hitting six fours and four sixes in all – that the required rate was always in hand until, after a 10-ball run in the 18th and 19th overs where he didn’t face a ball and two wickets fell, he was left with that daunting 17-run target from the last six balls. After the first two of them, it was all but over.

The Tridents earlier enjoyed a solid start to their innings and, thanks to Jason Holder, a stunning finish but ultimately paid the price for losing their way in between.

The Tridents made a steady 45/0 in the Power Play but lost four wickets in the next five overs.

Both openers fell lbw to spin, Dwayne Smith for 26 attempting to sweep Tabraiz Shamsi’s second ball on his return to Patriots colours, and debutant Sunny Sohal to Mahmudullah in the next over.

Hashim Amla was run out for just 3 and Shai Hope then followed caught – just about after some juggling and a fortuitous bounce off the shoulder – by a sliding Rassie van der Dussen in the deep.

The initial rebuilding work was carried out by Nicholas Pooran in an excellent 32-ball 44 that featured crisp, clean hitting and three big Hero Maximums.

But when he edged Alzarri Joseph behind with four overs to go and just 115 on the board, the Tridents looked well below par.

Enter Holder, who smashed two fours and three sixes as he blasted his way to 30 not out from just 11 balls, sharing a 21-ball 50 partnership with Roston Chase (38* from 28) to lift the Tridents to a total that pushed the Patriots all the way.