Patrons with tickets denied entry to Carifesta's All Jazzed Up show 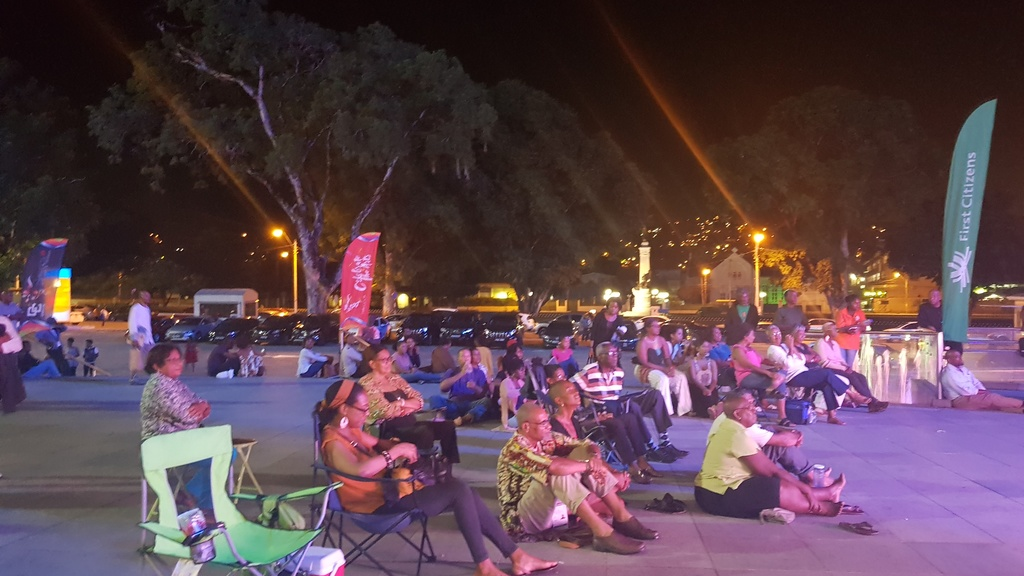 Patrons with tickets were forced to watch the All Jazzed Up show on a big screen erected outside NAPA to accommodate those without tickets.

Many people with tickets were forced to watch the All Jazzed Up show on a big screen outside of the National Academy for Performing Arts last night after they were denied entry.

A woman who identified herself as Niki from Point Fortin, told Loop her daughter lined up from 11 am to get tickets for the show.

However, when they arrived at NAPA at 7.30 pm they were told the hall was full and they could not enter.

Niki, who was celebrating her birthday, said she left work in Arima to bathe and change by a friend in Belmont in order to get to the 7 pm show on time.

She said, however, due to traffic and lack of parking at the venue they got there at 7.30.

She was among a large group of people who were forced to watch the show on a large screen erected outside the venue to accommodate those without tickets.

Holding her two tickets in her hand, a disappointed Niki said even though they were told there were no seats, people without any visible tickets were being allowed into the venue.

Marissa, an attorney, who had a VIP ticket, said she got to the venue at 7.47 pm and met a group of people crowded around the entrance. She said the ushers said they were going to check on seat availability but never returned to make an announcement to the crowd.

She said she was told there were no seats and that two ministers were still expected at the time.

Marissa said she stayed there for an hour until she gave up and went home.

John Arnold, project manager at the Carifesta Secretariat told Loop he was not aware of the situation and could not give an explanation as to why people who received tickets were unable to enter the venue.

All Jazzed Up, which featured Etienne Charles, Vaughnette Bigford, Elan Trotman from Barbados and bands from Haiti, was one of the popular events on the Carifesta programme.

The show, which started promptly at 7 pm, saw Prime Minister Dr Keith Rowley and other dignitaries among the almost filled to capacity auditorium.