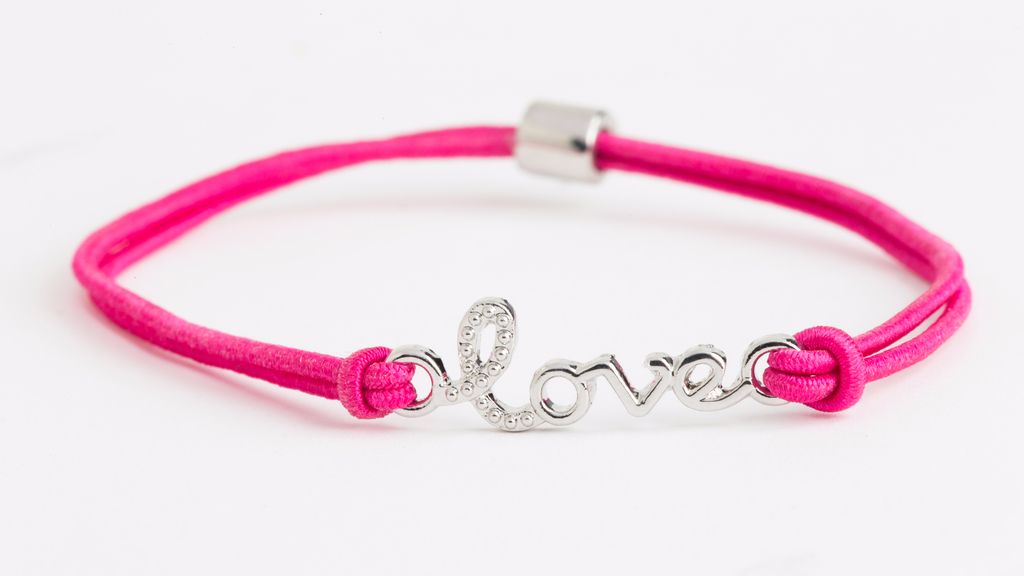 It is Breast Cancer Awareness month and Payless ShoeSource is embracing the cause once again by donating proceeds from the sale of two special items.

This is the 9th year that Payless ShoeSource has been involved in the fight against Breast Cancer by donating the net profits from the sale of its Payless Designer Bracelets, which go on sale during the month of October. Last year, Payless ShoeSource added its very stylish limited edition Champion sneakers to the items available for sale during the Breast Cancer Awareness campaign where all proceeds go to the Cancer Society of Trinidad and Tobago.

Payless says that it's no secret that the 2017 Bracelet is the best design to date. Adorned with the word “love” in shimmering silver on a pink band, and presented to shoppers in its traditional heart-shaped package, the 2017 Payless BCA bracelet, is an integral part of the design of the Payless Breast Cancer Bracelet.

The special Gusto Champion Shoe with pink accents was developed to highlight the campaign supporting this initiative.

Both Items are a limited edition and are only available from Payless ShoeSource until October 31.

Payless customers who purchase any of the items will receive an additional incentive of 20 percent discount redeemable from October 25 to November 14.

“For the past eight years, it has been such a privilege working so closely with Payless ShoeSource in spreading information about cancer, and about the value of screening and early detection. It remains one of the pivotal points in detection and chance of cure. The funds generated from the sale of bracelets and sneakers make such a remarkable impact on Vitas House Hospice, where we care for terminally ill patients with cancer.  This service is free to all patients. So when incredible organisations like Payless lend support like this in both monetary contribution and to raise awareness, there are no words to express the deep sense of gratitude I feel. On behalf of the Trinidad and Tobago Cancer Society, I would again like to applaud and thank Payless for their continued support," said Vice Chairman Dr. Jacqueline Pereira Sabga.

Jerus Mohammed, General Manager of Payless said while they are all about offering the women of Trinidad and Tobago affordable, stylish shoes, they are also focused on impacting positively on the lives of our customers.

"As far back as 2005 Payless ShoeSource has been supporting a number of charitable organisations and the fight against cancer is just one of them. Over the years we have developed a very intimate relationship with Vitas House and we look forward to going on the road with them every October to help spread the message about the importance of early detection. This year Payless ShoeSource will support Pink Tea another new and meaningful effort that seeks to raise funds for the Cancer Society and we look forward to that” said Mohammed.