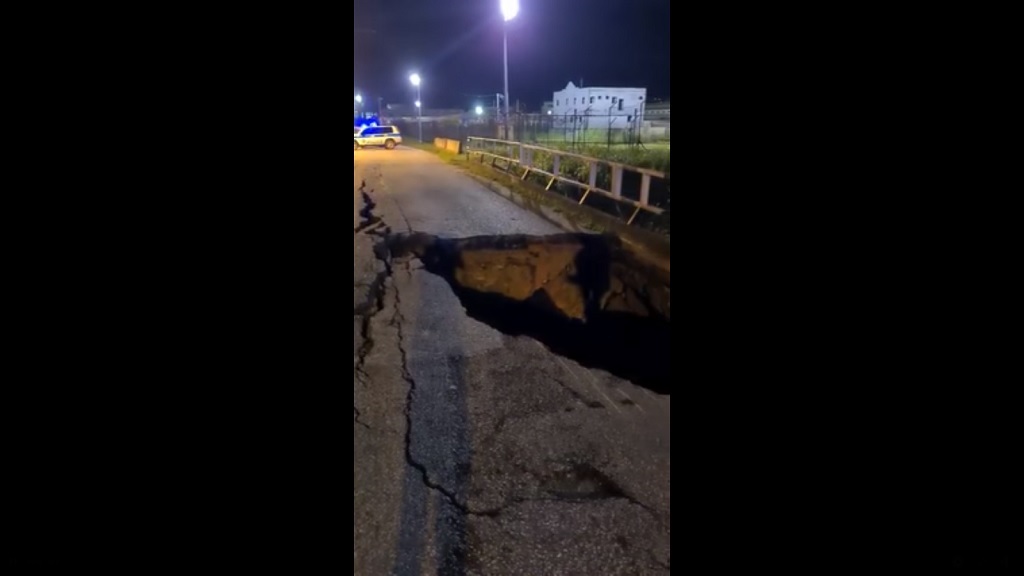 The Water and Sewerage Authority (WASA) said repairs are underway to a broken pipeline which it said was caused by the collapse of a bridge along Golden Grove Road, which resulted in a sinkhole.

In a statement issued today, WASA clarified that the broken pipeline was as a result of the collapsed bridge:

'WASA wishes to refute reports circulating that the collapse of the bridge located along Golden Grove Road, Arouca, was caused by a leaking pipeline.'

'It should be noted that the 12 inch diameter pipeline in question, which ran along the outside of the bridge, ruptured following the failure of the bridge.'

The company said the supply has since been isolated, affecting customers at the Maximum Security Prison, Sunrise Park, Millennium Park and Lower & Upper Five Rivers.

WASA said it will be conducting temporary works at the site in order to restore the supply to affected areas by 6pm today.

However, the company said customers in the affected areas are further advised that their normal water supply schedule may be amended, while permanent repairs to the pipeline are conducted, in collaboration with the Ministry of Works and Transport.

The Ministry of Works and Transport said the Priority Bus Route (PBR) was partially opened from the Arima Old Road to Orange Grove Road until further notice to facilitate the free flow of traffic during repairs.

The Priority Bus Route (PBR) has been partially opened following a sinkhole which formed at a bridge along Golden Grove Road.

The Ministry of Works and Transport said in an update this morning that the PBR has been opened to light motor vehicles from the Arima Old Road to Orange Grove Road until further notice.

This was done to facilitate the free flow of traffic in light of the bridge failure along Golden Grove Road, which led to the road being closed for repairs.

The Office of Disaster Preparedness and Management (ODPM) said in an update last night that a sinkhole had formed at a bridge along the Golden Grove Road.

It's reported that the sinkhole was the result of a leaking water main.