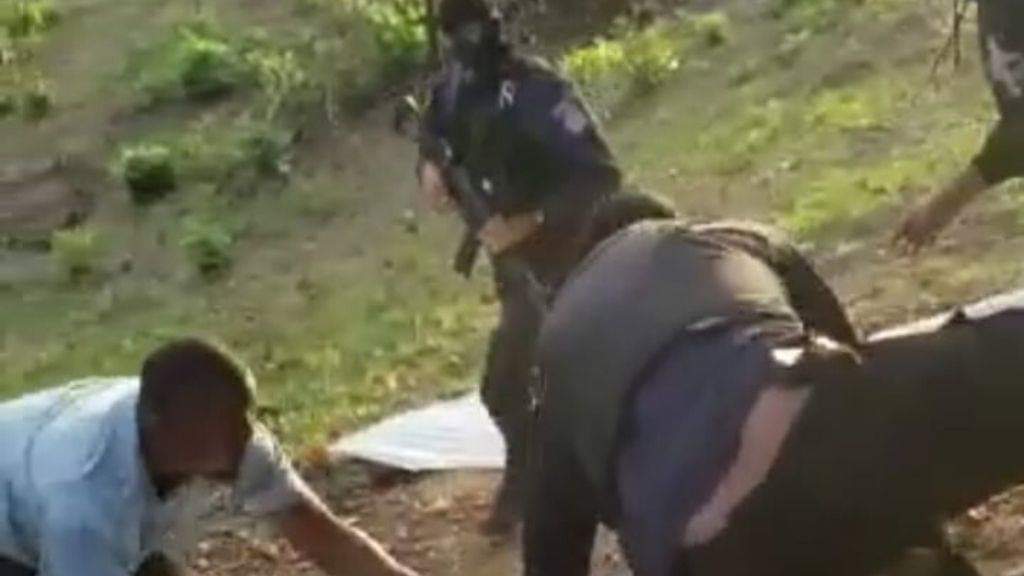 Screenshot of a video released on social media, showing a police-involved shooting in South Trinidad

The Police Complaints Authority (PCA) has launched an investigation into a police-involved shooting in South Trinidad on Tuesday, during which a member of the Trinidad and Tobago Coast Guard (TTCG) was wounded.

A release from the Trinidad and Tobago Police Service (TTPS) on Tuesday, indicated that a man was shot in the abdomen by police in South Oropouche, after the officers were attacked with a cutlass, while trying to effect an eviction.

However, video footage of the alleged incident showed that the man was unarmed.

A police report also did not mention that the man was armed.

According to the report, Eloi Keon Goodridge, an ordinary seaman, was accidentally shot in the back during a scuffle with police.

PCA Director David West confirmed to Loop News that an investigation has been launched into the shooting.

He added that the PCA has also received video and documentary information.

"Yes, we have launched an investigation into this matter. Our investigator has made significant headway into this matter in spite of the COVID 19 restrictions. We have received video and documentary information. When possible we will interview witnesses," he said.