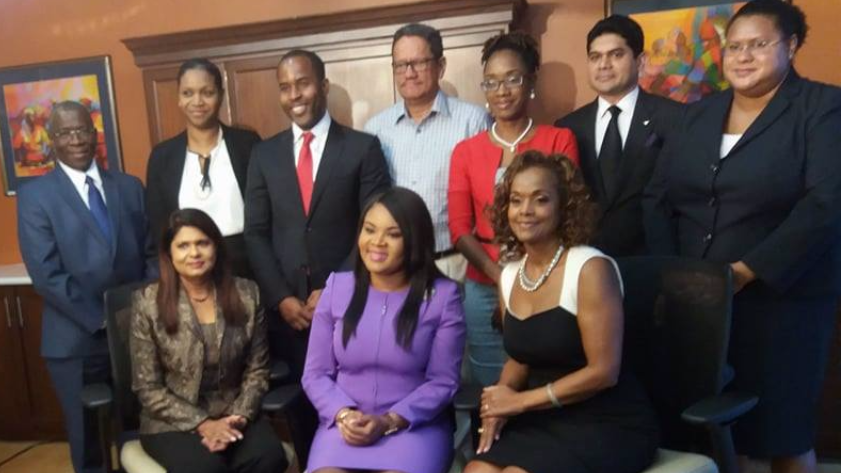 The Ministry of Tourism has appointed a new Board of Directors to oversee a newly-formed company charged with marketing tourism in Trinidad.

The new company is to be called the Tourism Trinidad Destination Management Company Ltd.

Tourism Minister Shamfa Cudjoe presented the Board with their instruments of appointment during a ceremony on Wednesday.

The Board is to be chaired by former Miss Universe winner Janelle Penny Commissiong, who served as a deputy chairman under the previous Tourism Development Company (TDC) from 2012-2015.

The Tourism Trinidad Destination Management Company has been formed following the closure of the TDC and will focus on tourism in Trinidad only.

Tourism Minister Shamfa Cudjoe said another company will be launched to deal with tourism matters in Tobago and will fall under the Tobago House of Assembly (THA).

She said having two separate organisations would result in greater focus on each island's tourism product.

She added that the decision to dissolve the TDC was a difficult one to make but was necessary in order to realign the local tourism sector.

She noted that tourism continues to be looked at as an avenue for revenue generation and to reduce the country's dependency on oil and gas while also bringing in much-needed foreign exchange.

Cudjoe said the new Trinidad Tourism Company would soon embark upon an aggressive marketing campaign to showcase all that Trinidad has to offer including its flora, fauna, history and culture.

"We are second to none. Anything that a tourist wants to get into, we have it here in Trinidad and Tobago."

Cudjoe also advised that the Ministry would work with all stakeholders to raise the standard of Trinidad's tourism product and that the government has decided to establish a regulatory and licensing authority to develop and enforce mandatory standards across the sector.

"We must encourage the tourism industry to deliver positive and unforgettable service experiences to all visitors by embracing the highest standards of service excellence," she said.

Also speaking at the ceremony, Commissiong gave a commitment to work alongside the new board to revive the tourism sector in Trinidad.

She said she supported the decision to create two separate companies to market tourism in Trinidad and in Tobago as this would enable better focus and organisation.