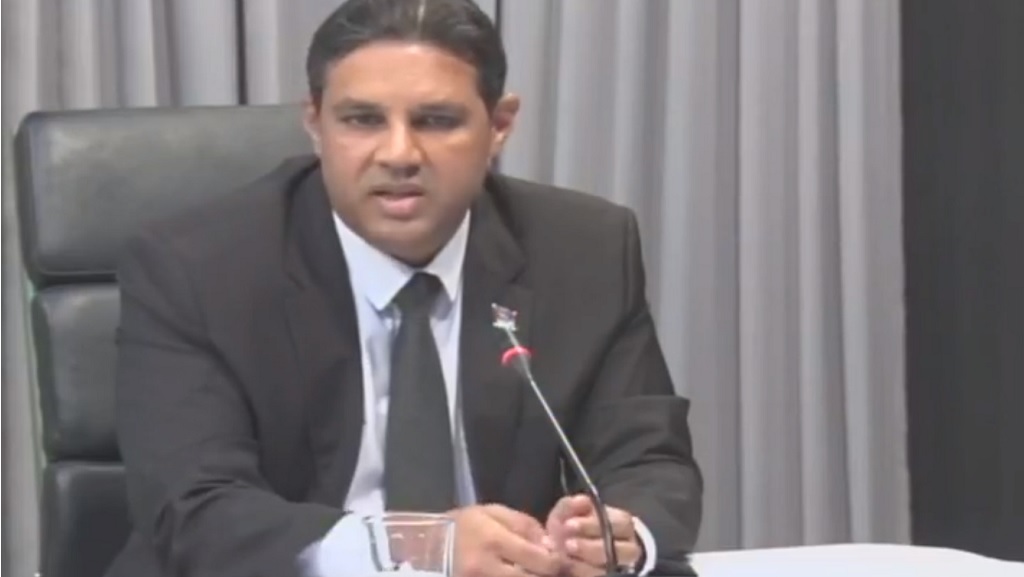 Chief Medical Officer Dr Roshan Parasram said two branches of Pennywise were closed for sanitisation on Wednesday after it was confirmed that the primary contact of a recent positive COVID-19 case had recently visited the stores.

Speaking at Wednesday's media briefing on COVID-19, Dr Parasram said the case was obtained from a local health centre and the person, who had no known air travel, had been in contact with eight other people from their household for about one week:

‘Over the last two days we would have had three additional positives...one from Canada and one from Saudi Arabia, so those are two imported cases.'

'However there’s one case we picked up at one of our health centres which we got yesterday (Tuesday) afternoon. It is pending investigation so the investigation began yesterday.'

‘There is no overt or open link to recent air travel so it is being investigated, and of course as soon as that investigation culminates we’ll have a better idea of what the source of that infection is.’

Dr Parasram said a primary contact from the positive case would have had interactions at several places within the last week. There are eight people in that household.

'In this instance the person would have been ill for more than a week and would not have restricted themselves to movement within their homes.'

'One of the primary contacts would have interacted in some way with Pennywise. The closure is for sanitisation. We will do a line listing of the staff as well, (and) we will do testing as necessary of primary, secondary and tertiary cases.'

Dr Parasram said there would have also been contact at the First Citizens Bank's ATM branch in San Juan which was also being sanitised.

He said further closures of other business places may have to take place for sanitisation and tracking.

Dr Parasram said this is the first case of this nature in over 80 days and they will be investigating the matter thoroughly to determine the source.

The country's known positive cases increased to 140 on Wednesday, according to the latest update from the Ministry of Health.

The most recent case was a Trinidadian national who arrived from Saudi Arabia, according to the Ministry.

The Ministry will continue to provide updates as information becomes available.