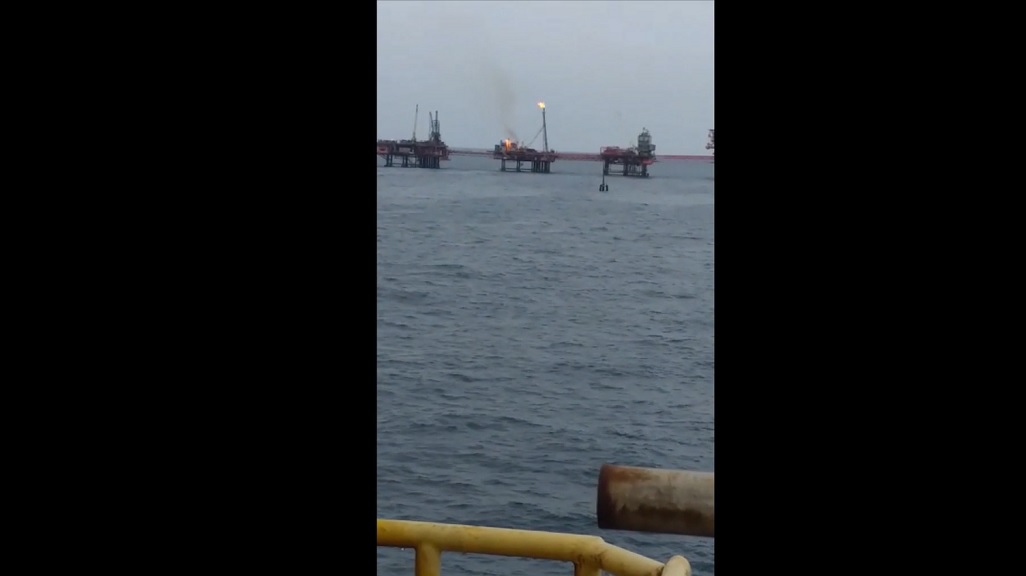 Oil and gas company Perenco confirmed that three workers were injured after a fire at the Teak AD platform on Tuesday.

Perenco, which operates the Teak, Samaan and Poui fields off Trinidad and Tobago, said in a statement that three contract employees were injured after a fire started on the Teak AD platform on Tuesday afternoon around 3.50 pm.

Video footage taken from a nearby platform showed flames and smoke.

The company said two of the three injured persons required further medical treatment and were promptly airlifted to shore.

"Consequently, one person was discharged after medical checks and the other remains in a stable condition at the medical facility," the company said.

The company said mechanics were performing maintenance on a gas compressor when a fire occurred.

The company said the fire was quickly extinguished, emergency response procedures activated and the platforms were shut in.

Perenco also assured there was no discharge of hydrocarbons to the environment as a result of the incident.

The company said all relevant authorities and agencies were duly informed and are being kept updated.

It added that a full 'investigation with the relevant authorities has been initiated'.

"Perenco, together with the contracting company, is in contact with the families and is providing all necessary support," the statement said.

In October 2019 a contractor died while on the company's TSP block, offshore Trinidad.

According to the company's website, since 2016, Perenco has operated the Teak, Samaan and Poui fields off Trinidad and Tobago, with a 70% stake.

In Trinidad and Tobago, Perenco is the operator of the consortium that manages the Teak, Samaan and Poui (TSP) fields, with a 70% stake acquired in 2016. These fields are located 20 km to 45 km from the Southeast Coast of Trinidad in deep water at 55 meters.

These two Crown corporations each hold a 15% interest in the TSP fields. This includes 81 licenses for a total area of 1,780 km² .