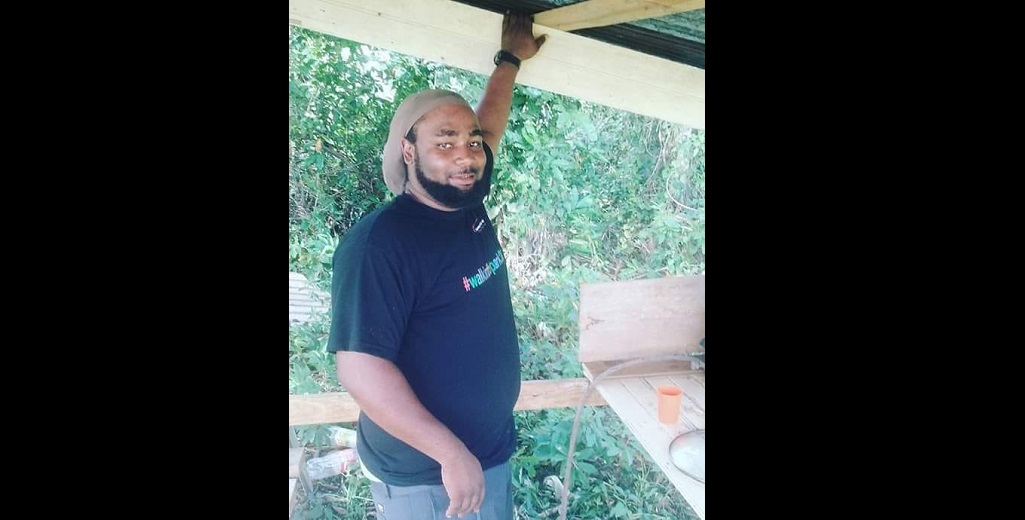 European oil and gas company Perenco has responded to reports that an employee died at its TSP block offshore, on Sunday.

This follows social media criticism of how Anthony Christopher's body was removed.

Facebook user, Kim Roopnarine, uploaded Christopher's photo and called for help to find his family. She also detailed how the man's body was taken away by boat, several hours after his death.

"Does any one know this guy???? He died yesterday while offshore im trying to get in contact with his family... please share.. pleasee... he died 5 am in the morning and they left his body on the platform for the entire day... then told his family by 2pm how he died... removed his body by 6pm and called a boat... not even a chopper.... really???? A big company like yu all cant remove his body by a chopper??? A boat ??? Srsly???? Please share so i can tell his family what really happened to.their loved one....... please share....💔💔💔." 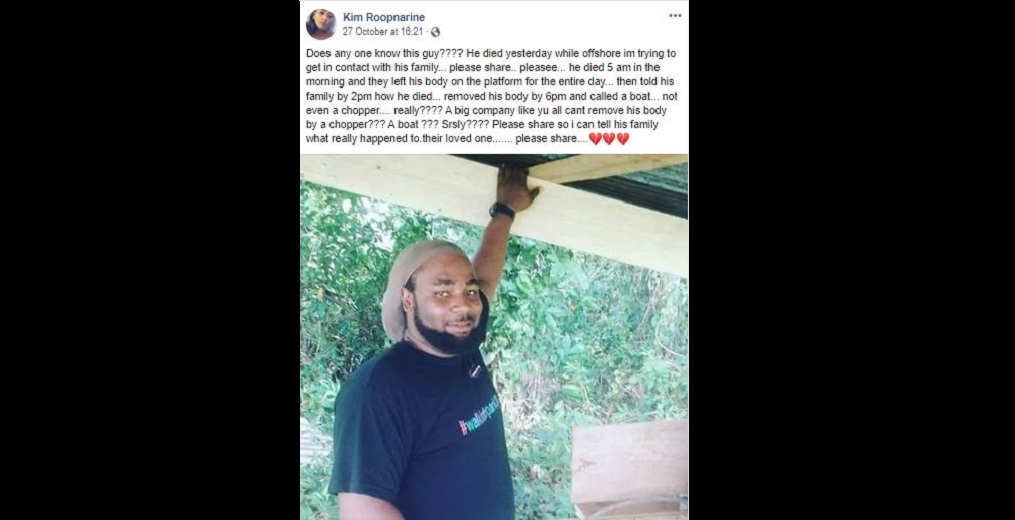 Roopnarine did not say how she became aware of this information. Still, the post was shared more than 700 times.

Loop TT contacted Perenco for comment and a spokesperson for the organisation confirmed the death but provided no further details.

"Perenco regrets to confirm that very sadly a contractor recently died in his cabin on the TSP Block, offshore Trinidad. Perenco extends its sincere condolences to the family and friends of the deceased.  Perenco has been working with the contractor company and the relevant authorities, who in keeping with protocol for any such tragedy, were immediately notified.  It is not appropriate for Perenco to comment further on this non-work related but regrettable situation."

Meanwhile, another Perenco-related post has since gone viral with the company being accused of mistreating workers. A letter, allegedly written by an employee, slammed the oil giant for its response to Christopher's death and further lamented the slow response to the situation.

The spokesperson did not respond to this recent development.