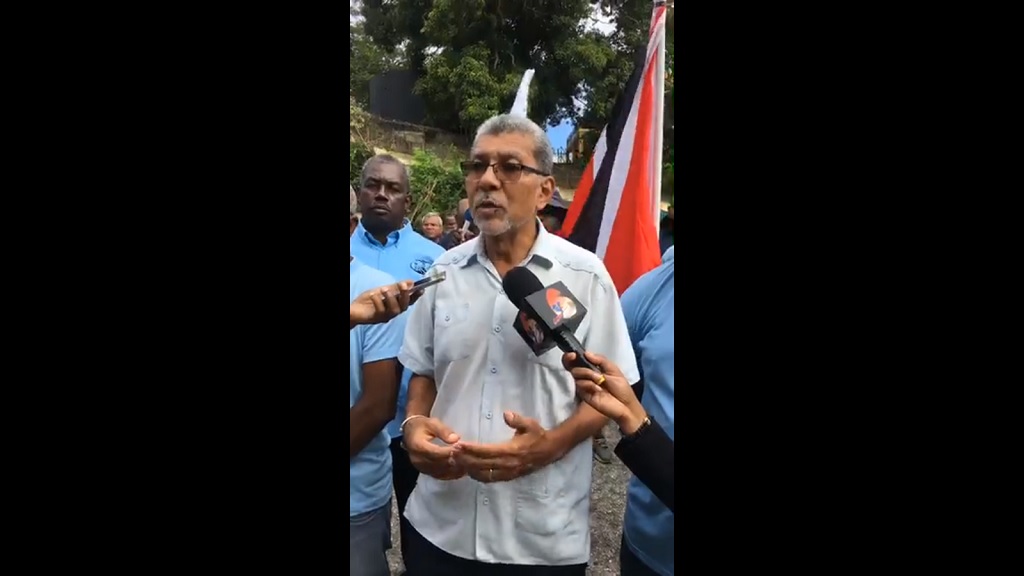 Head of the Movement for Social Justice, David Abdulah, said the second leg of the Motorcade for Justice, which was supposed to take place on Monday, has been rescheduled for Thursday, December 13, 2018.

In a statement, the group said it was granted permission for the motorcade after a miscommunication led to Senior Superintendent Harold Phillips not receiving the email request over the weekend, forcing the motorcade to be cancelled on Monday.

Abdulah said the group was told late Sunday afternoon that they did not have permission for Monday's event, following which a media briefing was held.

Police Commissioner Gary Griffith said he had been out of the country and there was a miscommunication with the request.

"I could confirm no correspondence was received, if we did not receive correspondence we could not have approved it. I did speak to Mr Abdulah to clarify that we didn’t receive the correspondence and I gave him my personal email address and told him to email me and I will ensure approval is granted," he said.

Abdulah said the approval was later confirmed by email correspondence.

Abdulah said the Motorcade for Justice seeks to highlight injustices in Trinidad and Tobago today, including the mass retrenchment of Petrotrin and TSTT workers, unemployment, austere policies and the rising cost of living alongside frozen wages and salaries.

"The MSJ is pleased with the change of position by the TTPS. While we did not intend in any way to defy the decision of the Acting Commissioner, we do wish to reiterate that it is vitally important in a democratic country for peaceful, legitimate means of protest and expression to take place. The MSJ will always uphold this right and fight to ensure that it is respected and maintained."

"We record our thanks to the officers of the South West and South Divisions for their excellent support and co-operation on our very successful Stage One on Sunday and look forward to similar co-operation for Thursday’s Second Stage of the MSJ’s Motorcade for Justice," the group said.

The motorcade will start at 8.00 am at the OWTU Paramount Building and will proceed along the route as planned, ending at Nelson Mandela Park at 6.00 pm with a short address by the MSJ’s Political Leader.