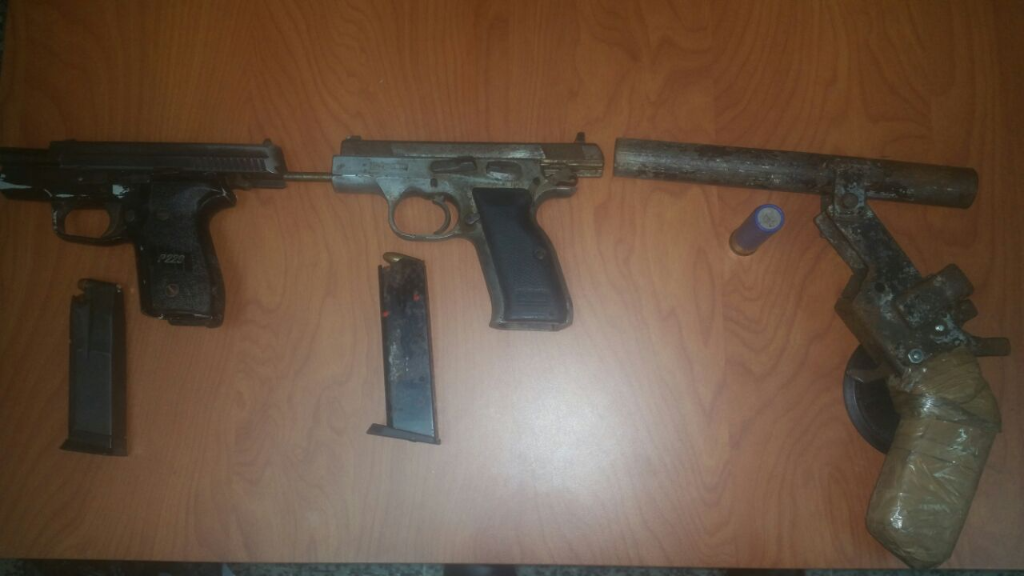 Three firearms and seven rounds of ammunition were found in the home of a 46-year-old man on Tuesday during police exercises carried out by officers of the Western Division Task Force.

The suspect was held at his home along Cameron Road, Petit Valley around 11:30am on Tuesday.

According to police reports, a team of officers led by Sgt Arneaud received information that firearms were being held at the suspect’s home and as a result a search warrant was obtained and executed on the premises.

As a result of the discovery, the suspect was immediately arrested and taken to the West End Police Station.

He is expected to be questioned in relation to other firearm related robberies in the district, following which he will be charged and brought before a Port of Spain Magistrate.