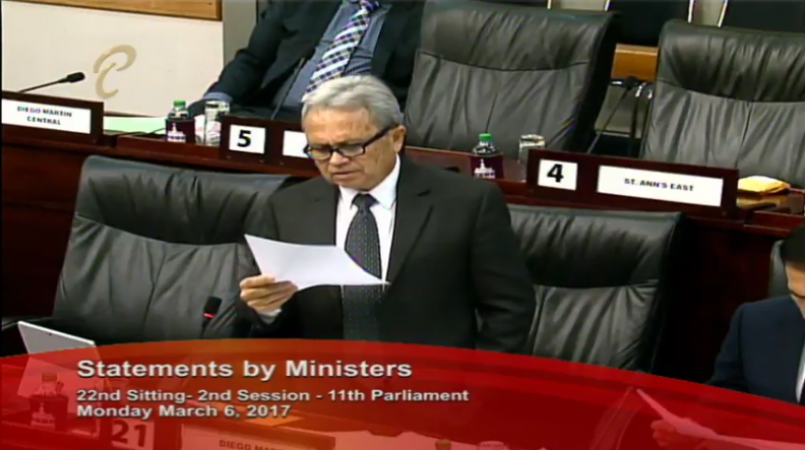 Finance Minister Colm Imbert revealed in a statement during Monday’s sitting of the House of Representatives that the State-owned company’s losses for 2016 are at $4.5 billion and not $600 million.

He also noted that losses of $4.2 billion were made during the 2011-2016 period but they were not reflected in the company’s accounts, as they were listed as deferred tax assets, to be written off against future profits.

In a release, the Ministry of Finance says for the year to date 2017, Petrotrin has confirmed that it owes the Government a total of $2.044 billion in unpaid taxes, made up of Petroleum Profits Tax, Supplementary Petroleum Tax, Value Added Tax, Royalties, Production Levy and Licenses.

Petrotrin has also indicated that its computation of the fuel subsidy owed by the Government to Petrotrin at this time is $775 million.

When these two figures are reconciled, the net amount in taxes and royalties owed by Petrotrin to the Government at this time is $1.269 billion.

To clarify further, the Ministry says this figure of $1.269 billion is separate and apart from the $4.2 billion in losses in the refinery over the period 2011 to 2016, which must now be properly shown in Petrotrin’s books as a “Loss”, rather than as a “Deferred Tax Asset”.