Petrotrin’s performance ‘lowest of low,’ company to be divided 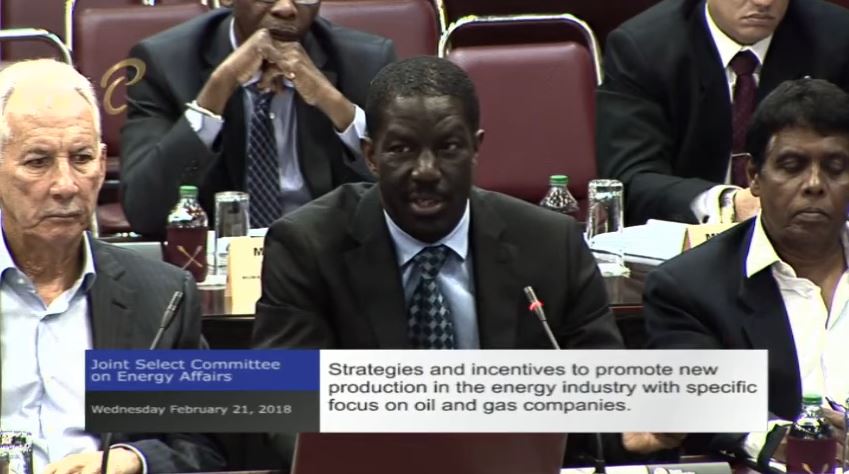 A Joint Select Committee (JSC) has heard that Petrotrin’s performance is at the ‘lowest of low’ in the energy industry and also of plans to divide the company into two separate units.

On Wednesday, officials of the state-owned company appeared before the JSC on Energy Affairs where they presented a power-point presentation on the way forward.

Petrotrin Director Nigel Edwards told committee members that leading performance improvement company for the global energy industry, Solomon’s Associates has found that by every measure, both the upstream and downstream business units of Petrotrin are functioning within the bottom of the fourth quartile of the energy industry.

“We worked very closely with two entities in particular and one of them was a specialist in benchmarking against this industry. When we looked at the benchmarks by every single measure we could measure, this company fell at the bottom of the bottom quartile of the benchmarks,” the Petrotrin Director revealed to the committee on Thursday.

JSC Chairman Colm Imbert asked if in layman terms this meant that the state-owned company was performing at the ‘lowest of low’ in the energy industry.

Edwards in response, indicated that this was indeed correct.

He also revealed that there are plans to separate Petrotrin in two business units.

“Structurally we are in the process of formally separating the company into two separate and distinct business units: one for the upstream and one for the downstream.”

The Petrotrin Director also added that a transition team will be installed and that each business unit will be adequately resourced to fulfil individual mandates.

Meanwhile, Petrotrin Chairman Wilfred Espinet noted that if money is not spent on the completion of the ultra-low sulphur diesel plant by 2021, Petrotrin will have to close down.

He said it will cost $300 US million dollars to complete the ultra-low sulphur diesel plant.

“If we don’t spend on it, we are closing down Petrotrin,” Espinet said.