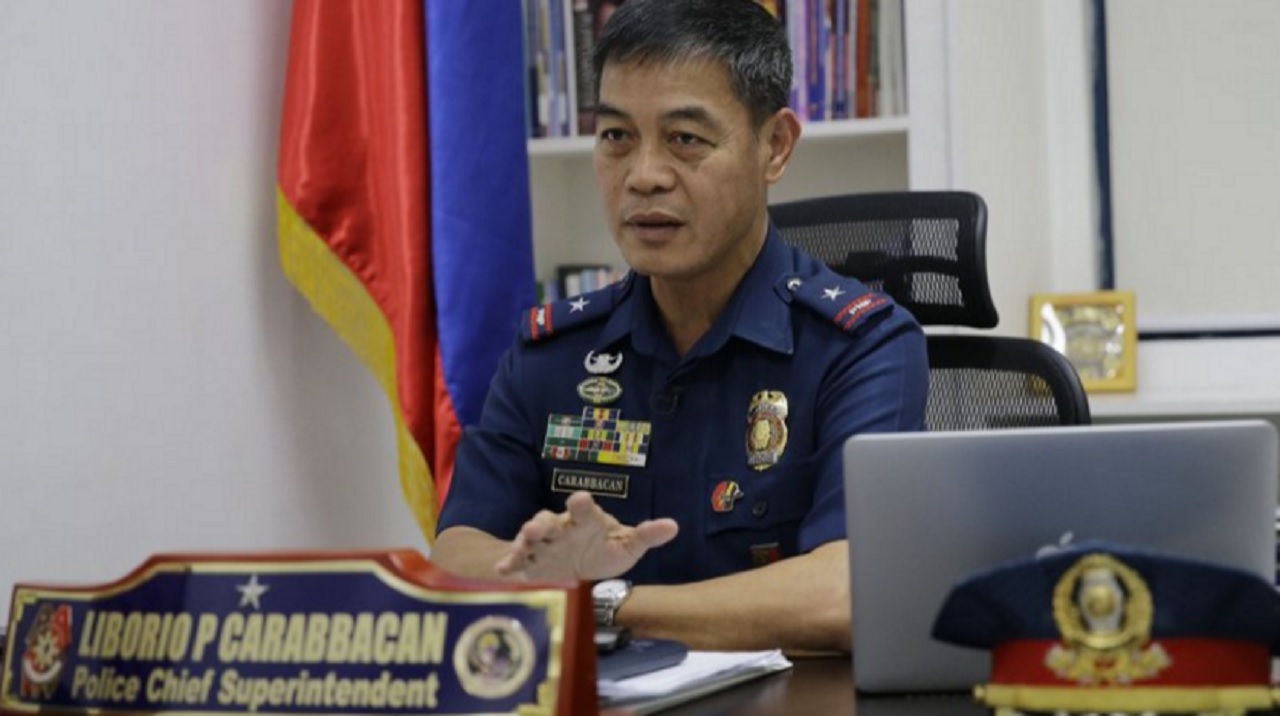 In this April 21, 2017 photo, Gen. Liborio Carabbacan of the National Police Women and Children Protection Center gestures during an interview in metropolitan Manila, Philippines. Authorities in the Philippines have arrested 3 women who were livestreaming sexually exploitative videos of girls to men paying by the minute to watch from half a world away.

Authorities in the Philippines have rescued four girls and arrested a mother and two other women for allegedly livestreaming sexually exploitative videos of children to men paying by the minute to watch from the United States.

Three sisters ages 8, 9 and 12, and an 11-year-old found in a separate rescue, are now in a shelter for abused children while the women face prosecution.

The arrests came just two weeks after Filipino authorities raided the home of an American man suspected of similar cybersex crimes, arresting David Timothy Deakin, 53, in his townhouse. During that bust, agents from the National Bureau of Investigation rescued two girls, 10 and 12, who had spent time in Deakin’s home, and made one of the largest seizures of illicit digital content in the Philippines.

Dozens of hard drives and a handful of computers must now be analyzed to search for other possible victims, as well as buyers.

“They got it twisted around like somehow I was using those girls,” he told The Associated Press after his April 20 arrest.

The series of arrests and rescues underscore a rapidly growing crime in which children, even toddlers, are made to remove their clothes and touch themselves in obscene ways while adults, often their parents, train video cameras on them in exchange for payment from pedophiles abroad. Police in the Philippines are collaborating with their counterparts in Europe, Australia and the U.S. to investigate and prosecute.

The Australian Federal Police and U.S. FBI separately provided Filipino authorities information that led to the arrests of the mother and two other women on May 5, rescuing four girls. They were allegedly making the girls engage in sexually explicit acts while men in Australia and the U.S. watched. The women have been charged with human trafficking, child abuse, child pornography and cybercrime.

Police officer Arlyn Torrendon said she was part of a team that rescued three of the children and arrested the three women, including the mother of the siblings, Friday in a house in Bacolod city on an island about 445 miles (717 kilometers) south of Manila.

“The children were innocent. They were not even aware that they were being used in a crime,” Torrendon told the AP by telephone from Bacolod.

She said the children came from an impoverished family; their mother was a widow.

Gen. Liborio Carabbacan at the National Police Women and Children Protection Center said the incidents are increasing in the Philippines because many people are gaining access to the internet and English fluency is common, making it possible to communicate with would-be customers. Also, he said, parents and relatives, motivated by greed, are often not even aware that it is against the law to exploit their children.

The livestream abuse happens in many of Philippines’ densely populated, impoverished neighborhoods, said attorney Gideon Cauton, who works with the nonprofit International Justice Mission. The organization provides social workers, shelters, lawyers and even former U.S. police detectives to local law enforcement, who don’t have enough resources to tackle all cases of online sexual exploitation of children.

In metropolitan Manila, where gleaming condominium high-rises and stores selling designer clothes and cars stand in stark contrast to the squalor of the slums, Cauton pointed to Wi-Fi antennas rising from rooftops above a long stretch of shanties and rundown houses. In the past, the antennas amid crushing poverty were red flags, sparking suspicion of cybersex crimes. Today pocket Wi-Fi, cellphone internet and other technology have rendered those irrelevant, driving the crime even further behind the scenes.

“This type of crime is really hidden,” he said. “Usually the family and community, they are complicit, and these are tight-knit communities, very dense areas.”

In the U.S., the proliferation of crimes, along with new mandatory reporting, led to 8.2 million reports last year to the National Center for Missing and Exploited Children’s CyberTipline related to online child sexual exploitation. That compares with 8.3 million reports in the 17 years prior.

One of those reports led authorities in the U.S. to Karl Touset, 72, of Marietta, Georgia, who was sentenced to prison for 10 years in March after Homeland Security Investigations agents found evidence on his computers that he had paid facilitators in the Philippines more than $55,000 over three years for images of girls being sexually exploited.

“Unfortunately, extreme poverty in many parts of the world affords individuals like Touset the opportunity to exploit children across national borders,” said U.S. Attorney John Horn in a statement after the sentencing.