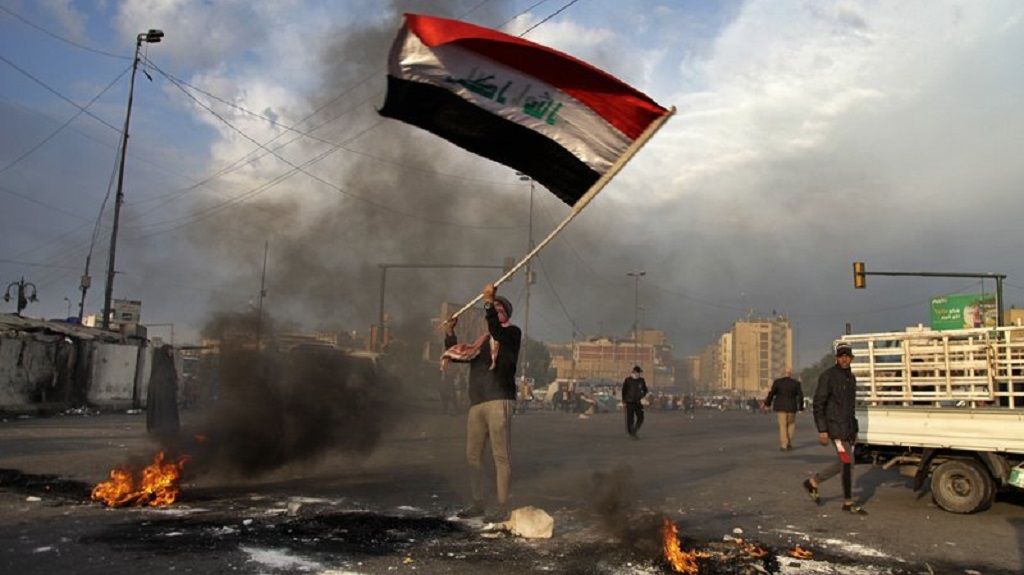 The Philippine government has ordered the mandatory evacuation of Filipino workers from Iraq and Iran and is sending a coast guard vessel to the Middle East to ferry its citizens to safety in case hostilities between the United States and Iran worsen, officials said Wednesday.

The Department of Foreign Affairs in Manila said the government has raised the alert level in Iraq to the highest level, requiring Filipinos to leave the country due to escalating security risks. Filipinos can leave on their own or be escorted out with the help of their employers or the Philippine government, officials said.

Labor Secretary Silvestre Bello III said Filipino workers should also move out of Iran and Lebanon, adding that the government was indefinitely banning Filipino workers from travelling to the three countries amid fears of more hostilities.

The Philippines, one of the world's leading labour providers, would face a gargantuan crisis if hostilities between the US and Iran escalate and embroil other Middle Eastern countries that host large numbers of Filipino workers, such as Israel and Saudi Arabia.

"It will be a nightmare, but we are not helpless," Bello said at a news conference in Manila.

Other Asian nations with large populations of expatriate labour may weigh similar decisions after Iran fired missiles at two Iraqi bases housing US forces in a major escalation of hostilities. The strikes were retaliation for last week's killing of Iran's top general in a US drone attack in Baghdad.

India, which has a large number of workers in the Middle East, advised its citizens to avoid non-essential travel to Iraq. It also urged its nationals living in Iraq to remain alert and avoid travel within the country.

There are an estimated 15,000-17,000 Indians now in Iraq, mostly in the Kurdistan region, Basra, Najaf and Karbala. About 30,000-40,000 Indians visit Baghdad, Karbala, Najaf and Samarrah each year for pilgrimages.

Department of Labor records show that 2,191 Filipinos work in Iraq, some in US facilities, while more than 1,180 others are based in Iran, including Filipino women married to Iranians.

There could be more than 2.1 million Filipinos across the Middle East, including many illegal workers, Bello said.

Philippine President Rodrigo Duterte and top officials have been holding emergency meetings since the weekend to discuss evacuation plans.

Defense Secretary Delfin Lorenzana said the plans include the possible deployment of one battalion each from the army and marines to secure and evacuate Filipinos in case of a major flareup of violence anywhere. Navy ships and three air force cargo aircraft were also being readied for possible deployment, the military said.

Duterte said late Tuesday that he has deployed a special envoy to get assurance from the leaders of Iraq and Iran that Filipinos would be spared in case of any major outbreak of violence.

"Just to get the assurance that my countrymen will have the egress just in case hell breaks loose," Duterte told reporters.

While evacuation plans were being finalized, Manila's coast guard said a new patrol vessel en route to the Philippines from France has instead been ordered to head to the Middle East in case Filipino workers need to be immediately extricated from any danger. The vessel can ferry up to 500 people at a time.

"In case of conflict, overseas Filipino workers will be brought to safer ports where they may be airlifted, as the need arises," the coast guard said, adding that an initial plan was for the Philippine vessel to temporarily stand by in Oman or Dubai.

About a tenth of the Philippines' more than 100 million people have worked abroad for decades, mostly as household help, construction workers, sailors and professionals, to escape grinding poverty and unemployment at home. They are hailed as heroes for sending huge incomes that keep Manila's economy afloat. Many have risked staying in Middle Eastern nations, where they face abuse and even death and often get caught up in violent turmoil, to provide for impoverished families back home.