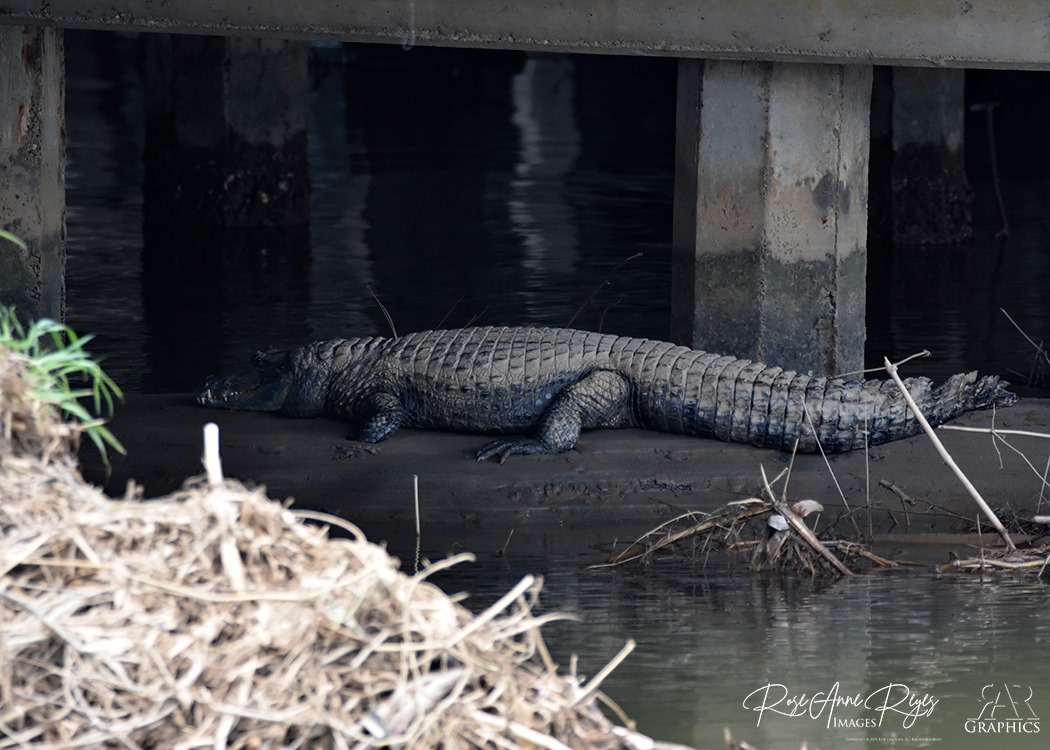 Living in harmony with native creatures is just another part of being a Trinbagonian, as shown by a photo of a caiman which went viral online.

Graphic designer Rose-Anne Reyes, who is also a photographer, told Loop News she spotted the impressive animal while taking nature photos on Wednesday, which she also shares to her Facebook page RAR Graphics.

However, the public was amazed at the size of this particular caiman, which was taken in a location which she preferred not to disclose in order to protect the animal.

"I’m a graphic artist so photography is more of a hobby for me, I tend to visit various nature sites to take wildlife pictures."

"I’m very much into conservation and I would hate for my photo to cause the caiman to be hurt or killed. I kind of regret sharing the photo because the last thing I want to do is to find out that the animal was killed, it would really upset me,” she said.

She said she wasn't able to properly measure the animal for obvious reasons, but estimates that the caiman was at least 10-11 feet in length and had a sizeable girth.

She said there's a lot of ignorance surrounding these animals and people don't realise how important they are for the ecosystem.

“A lot of the attitudes are because of ignorance. People just don’t know any better. Yes, our first reaction is to kill but if we know how important they are we might think twice. Caimans just mind their own business, they don’t attack just like that unless they're nesting but if we leave them alone they won't bother us."

She referred to a recent incident in which cats were allegedly poisoned at the Caroni Wildlife Sanctuary, which resulted in many wild animals eating the poisoned animals and dying.

"We need more education on our native animals, people don’t know how important they are. It’s a domino effect. If you poison an animal, other animals feed on that animal and they get poisoned and other animals die. That is ignorance. We have to do better," she said.

Minister of Agriculture, Lands and Fisheries, Clarence Rambharat, said that the animal is of an unusual size, but sightings of caimans are fairly common during the rainy season.

"One expert has advised that it is an old caiman with lots of battle scars and it is a great photo. Thanks for posting Rose-Anne," the Minister said.

If you do spot a caiman in your premises, remain calm and contact a professional to assist you: