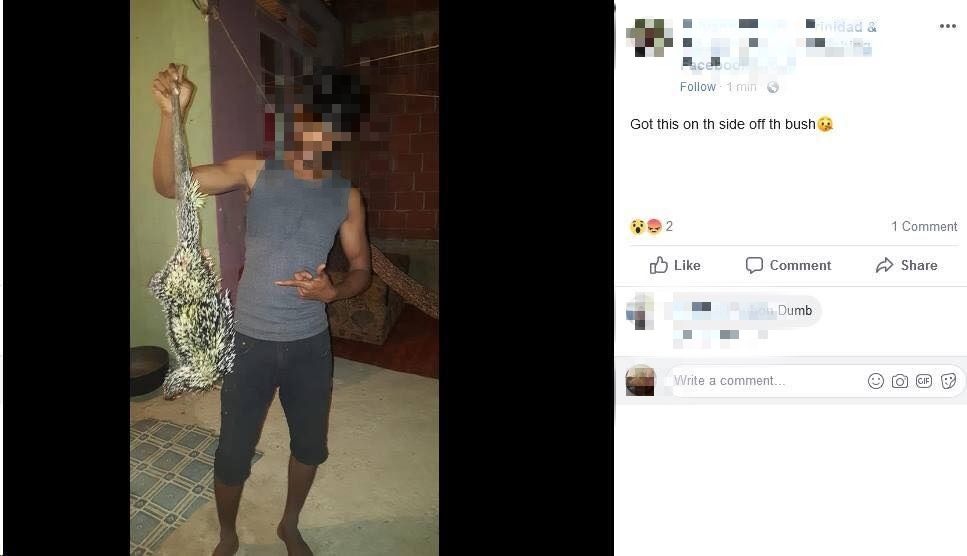 Conservationist and tour operator Stephen Broadbridge along with other concerned citizens are calling for more stringent enforcement of wildlife protection legislation after a photo of a poacher holding a protected Brazilian porcupine surfaced online.

The porcupine is an endangered species and is protected by law in Trinidad and Tobago.

Broadbridge, who is a co-director of conservation group Papa Bois Conservation and is the owner of Caribbean Discovery Tours, said in a public social media post that although fines for illegal hunting have increased, they also need to be enforced.

“It’s time to put an end to this crap! Another endangered species bites the dust while the authorities turn a blind eye.”

“While I appreciate Minister (of Agriculture, Lands and Fisheries) Clarence Rambharat recent efforts in getting the fines raised, the question of enforcement remains.”

Broadbridge said more resources must be procured to stop the continued destruction of protected species.

“Governments refusal to allocate enough resources to do anything meaningful to slow the slaughter of our wildlife shows how unimportant they consider this,’ he said.

Rambharat announced in late 2018 that fines for hunting protected animals, as well as various other infractions, would be increased under the Conservation of Wildlife Act.

Anyone caught hunting a protected or hunting outside of the open hunting season could be fined as much as $10,000 or imprisoned for up to three months.

However, some stakeholders within the hunting community have said the fines are too high. 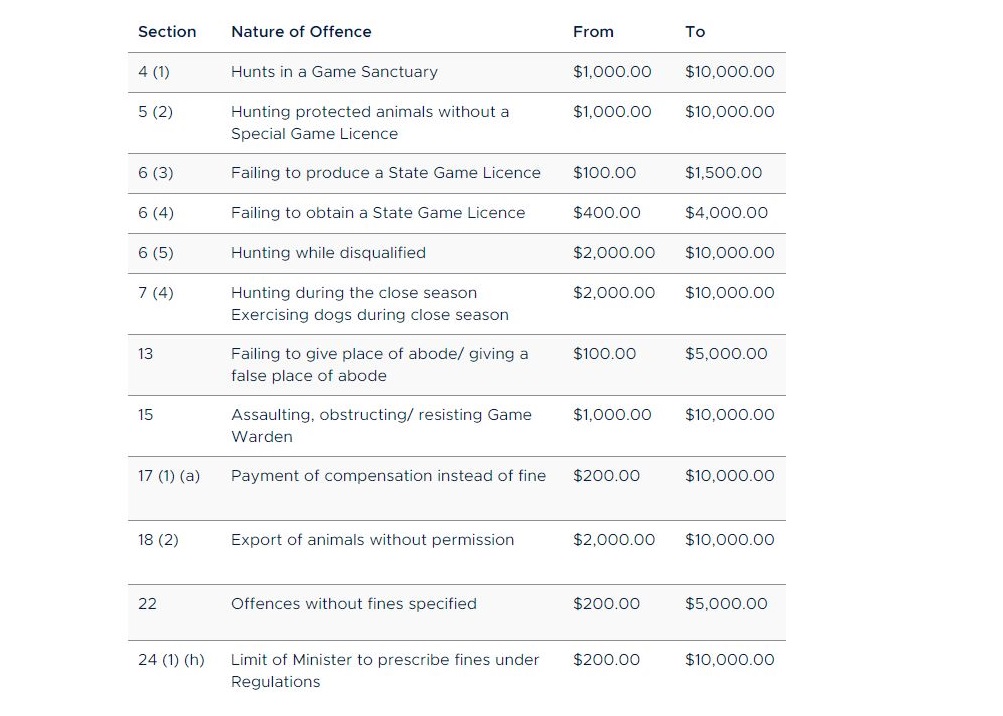