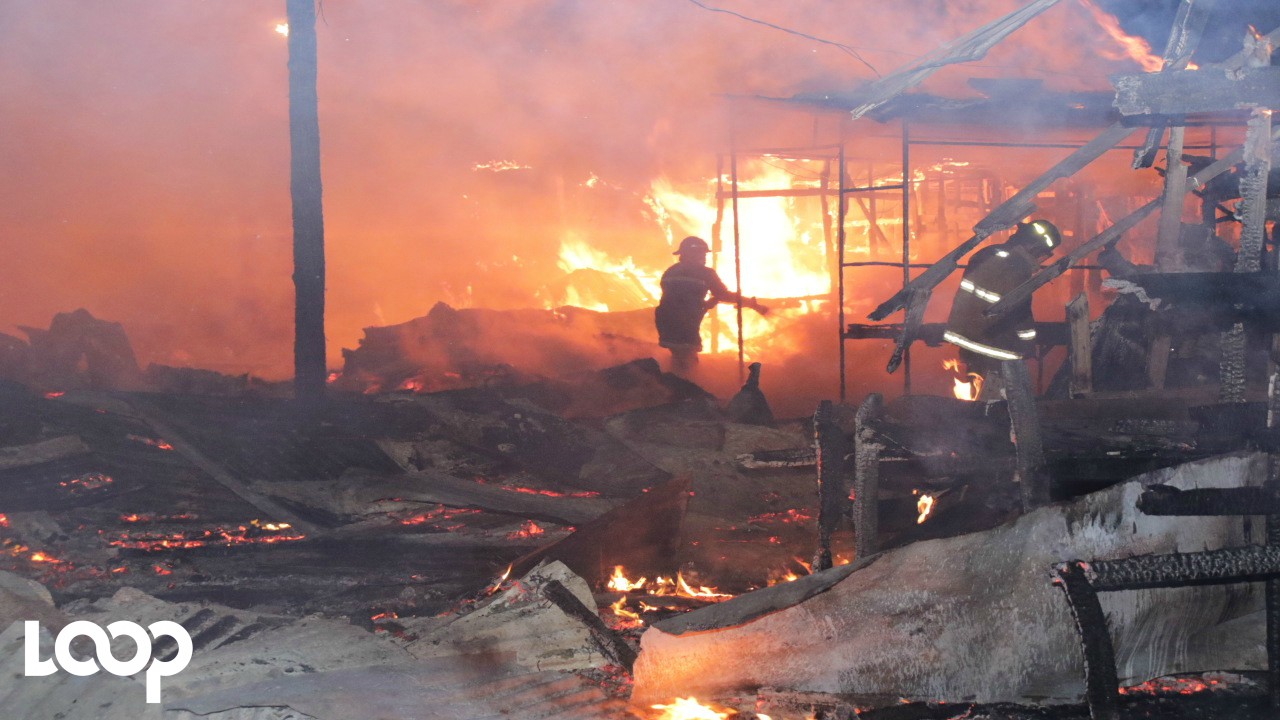 A firefighter bravely tackles the blaze at an informal market in downtown Kingston on Tuesday morning. (PHOTOS: Llewellyn Wynter)

Reports are that, at about 3:00 am, vendors who ply their trade in the area that is located in the vicinity of Darling, Pechon and Tower streets, saw fire coming from the commercial space and raised an alarm.

Firefighters responded quickly but were not able to save many of the vendors' stalls that were stacked with their wares.

"I lost several bags of goods and other items and it has come at a time when I was preparing for Christmas sales," said one distraught vendor, Errol Whyte.

Another vendor said he was at home when he received the terrible news that the market had been gutted by fire.

"This is an area where many vendors ply their trade and this fire has set back a number of us," said the vendor who only gave his name as Frank.

Local authorities say they have since started an investigation to determine the cause of the blaze.

Loop News photographer Llewellyn Wynter was at the scene. See photos in slider below.