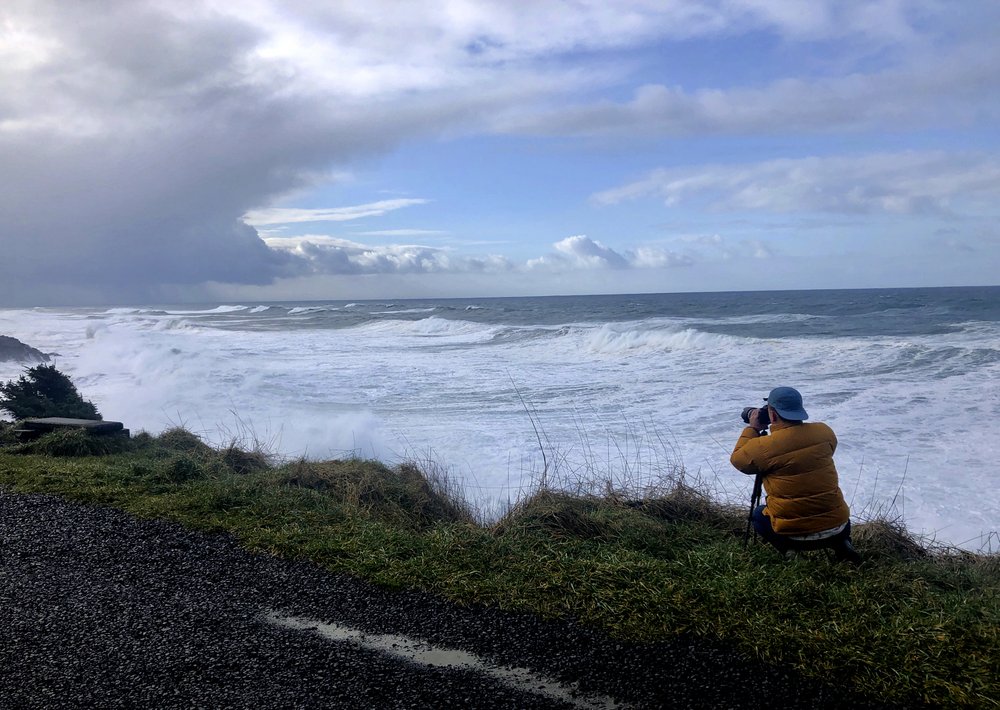 In this January 11, 2020 photo a man photographs waves crashing onto the cliffs at Rodea Point in Lincoln County, Ore. during an extreme high tide that coincided with a big winter storm. Amateur scientists are whipping out their smartphones to document the effects of extreme high tides on shore lines from the United States to New Zealand, and by doing so are helping better predict what rising sea levels due to climate change will mean for coastal communities around the world. (AP Photo/Gillian Flaccus)

Tourists, nature lovers and amateur scientists are whipping out their cameras to document the effects of extreme high tides on shorelines from the United States to New Zealand, and by doing so are helping better predict what rising sea levels will mean for coastal communities around the world.

A network of volunteer photographers fans out around the globe during so-called king tides to capture how high the waterline gets and where the water goes. They then upload the images — many with geolocation data embedded — for use by scientists, policymakers and even city planners as they study and prepare for the effects of climate change.

The photos show where flooding occurs on specific roads, or give clues about whether it's safe to build new housing, for example, near an eroding bluff.

"For us, the king tide offers a look at where the water will be in about 2050, about a foot to a foot and half (30 to 46 centimetres) above normal water levels," said Skip Stiles, executive director of Wetlands Watch, a non-profit that helped recruit 700 people to document a king tide in Norfolk, Virginia, for the first time there in 2017. 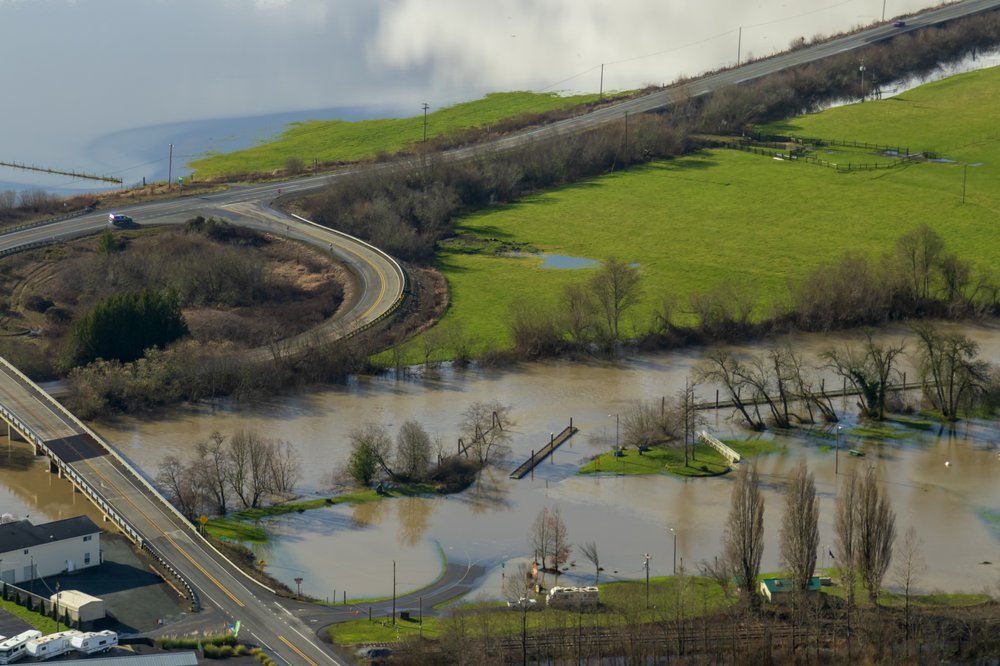 (In this Jan. 21, 2019 photo provided by Rena Olson shows an aerial photo of flooding from an extreme high tide is seen near the Coquille River in southwest Oregon taken as part of the Oregon King Tides Project. Amateur scientists are using photos to document the effects of extreme high tides on shore lines from the United States to New Zealand, and by doing so are helping better predict what rising sea levels due to climate change will mean for coastal communities around the world. (Rena Olson via AP)

The group's efforts have since grown into a smartphone app that uses crowdsourcing to gather images and pinpoint flooding.

"What we're finding is there's a real appetite for this data. A lot of the localities here are putting together comprehensive plans for sea level rise, and I'm getting calls from them saying, 'Do you have data? Do you have photos?' That's what we're going for."

The first of these King Tide Projects involving the public began in 2009 in Australia. The idea has since spread to more than a dozen coastal states in the US, British Columbia, New Zealand, Mauritius and beyond. 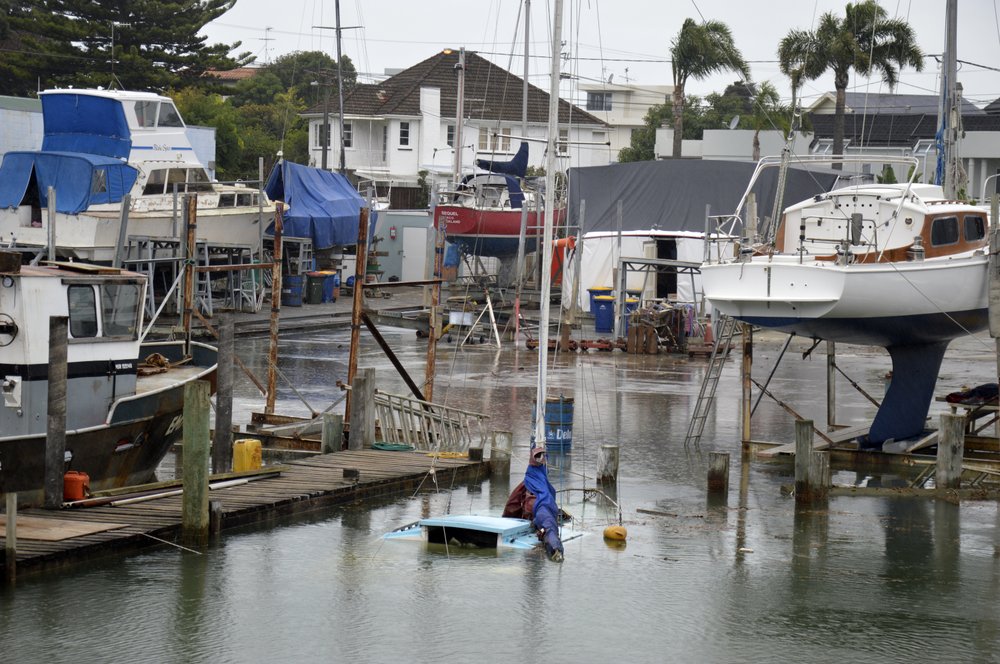 (This Feb. 2018 photo provided by Ben Sheeran shows boats sit swamped by flooding from a king tide in Milford Marina, Auckland, New Zealand taken as part of the King Tides Auckland Initiative. Amateur scientists are whipping out their smartphones to document the effects of extreme high tides on shore lines from the United States to New Zealand, and by doing so are helping better predict what rising sea levels due to climate change will mean for coastal communities around the world. (Ben Sheeran/King Tides Auckland via AP))

King tides occur about twice a year in coastal areas worldwide when the sun and moon align to enhance the gravitational pull that produces normal, daily tides. These super-high tides came into sharp focus in January, when one arrived in Oregon on the same day as a major winter storm, creating 15- to 20-foot (4.6- to 6.1-meter) waves and a massive swell that sucked a man and his two young children out to sea. The woman who called 911 had been photographing the tides from her yard for the Oregon King Tides Project. The children, ages 4 and 7, died.

Citizen scientists are preparing to document this winter's final king tide February 8-10 off the US West Coast, followed by one in New Zealand on February 12.

Flooding from king tides is a preview of how sea-level rise will affect coastal communities — and warmer oceans and bigger storms could amplify those changes, said Peter Ruggiero, interim executive director of the Oregon Climate Change Research Institute. M

Modelling shows Oregon could experience sea level rise of as little as a foot (30 centimetres) or as great as 6 feet (1.8 meters) in a worst-case scenario, he said.

Some of these King Tide Projects, like the one in Oregon, are run by non-profit groups, while others are in partnership with state and local governments. They all have the same goal: to educate the public and provide a clear-eyed assessment of how climate change will affect everyday life, from flooded intersections to cows grazing in knee-high saltwater, to popular beaches swallowed by waves.

"A lot of the conversation around climate change was what was happening far away and not about what people were going to be experiencing in their own lives," said Marina Psaros, who helped develop California's King Tides Project. "The goal of the project was to get people thinking more about climate change locally instead of just polar bears." 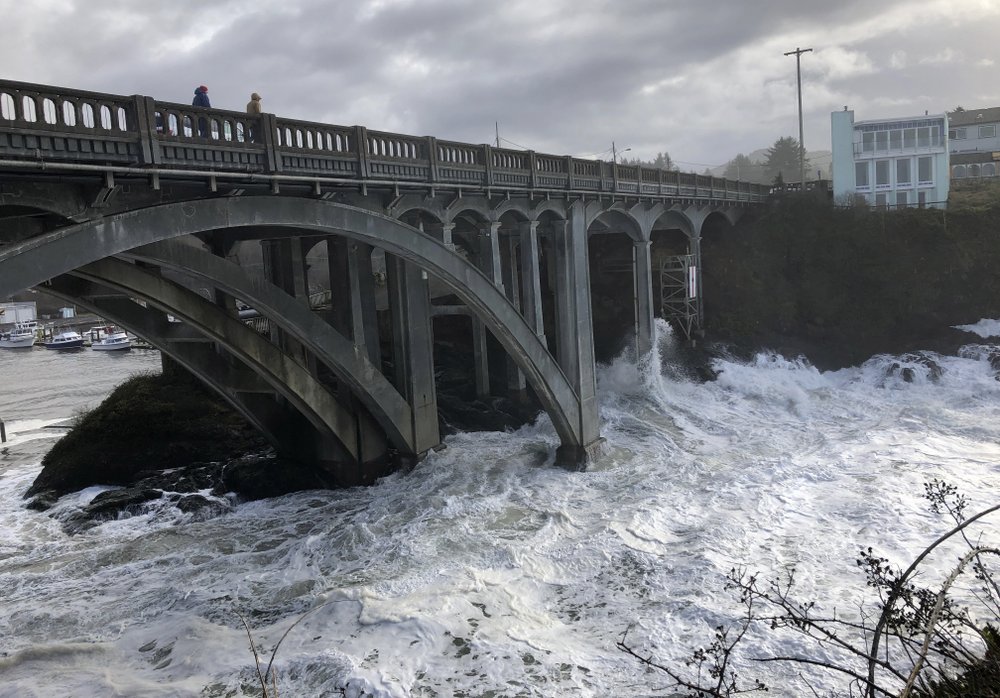 (In this Jan. 11, 2020 photo heavy surf surrounds the legs of a bridge as an extreme high tide rolls into the harbor in Depoe Bay, Ore. during a so-called "king tide" that coincided with a big winter storm. (AP Photo/Gillian Flaccus))

In Georgia, coastal communities constantly struggle with flooding from high tides and storms — a phenomenon dubbed "sunny day flooding" in places across the US South. Chatham County, home to the low-lying city of Savannah, uses dozens of sea level sensors to track tides and collect data for future city planning. It has also begun asking people to snap pictures during flooding.

"The combination of the sensor data and the photos really helps build out the story — and with that, we hope it will solidify funding decisions better," said Nick Deffley, Savannah's director of sustainability.

When Auckland, New Zealand, organized its first king tide photo event, people sent in images of flooded parks and freeway underpasses. They shared them with local government, and some of the images were used to develop a plan to reinforce a popular but rapidly eroding beach.

Last year, they expanded the program to include a series of tide gauges that are checked regularly by citizen scientists, said Ben Sheeran, founder of the New Zealand King Tide Project. 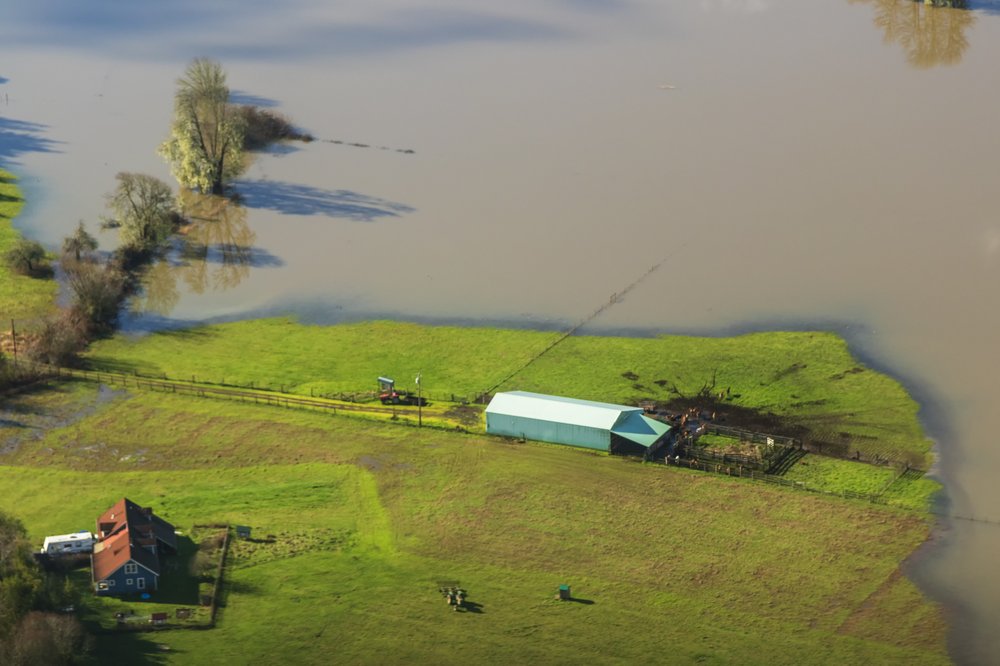 (This Jan. 21, 2019 photo provided by Rena Olson shows an arial photo of a farmhouse surrounded by floodwaters from an extreme high tide along the Coquille River in southwest Oregon taken as part of the Oregon King Tides Project. Amateur scientists are using photos to document the effects of extreme high tides on shore lines from the United States to New Zealand, and by doing so are helping better predict what rising sea levels due to climate change will mean for coastal communities around the world. (Rena Olson via AP))

"There's no eureka moment where it all comes into play, but it's an evolving database of information that's there when needed," he said. "And the data we get are a vehicle for people to continue that conversation."

It's a conversation that remains lively in places like Oregon, where king tides mean periodic flooding of large parts of the coast.

"That flight was my first vision of homes with water looking like it was within feet of coming up into the home. And you had pastures and farm animals out there that looked like these little dots on an island," said Rena Olson, who shot the images along with Alex Derr.

The two hope to go up again this weekend.

"Seeing that over such a large area, it really opened my eyes," Olson said. "This is impactful."