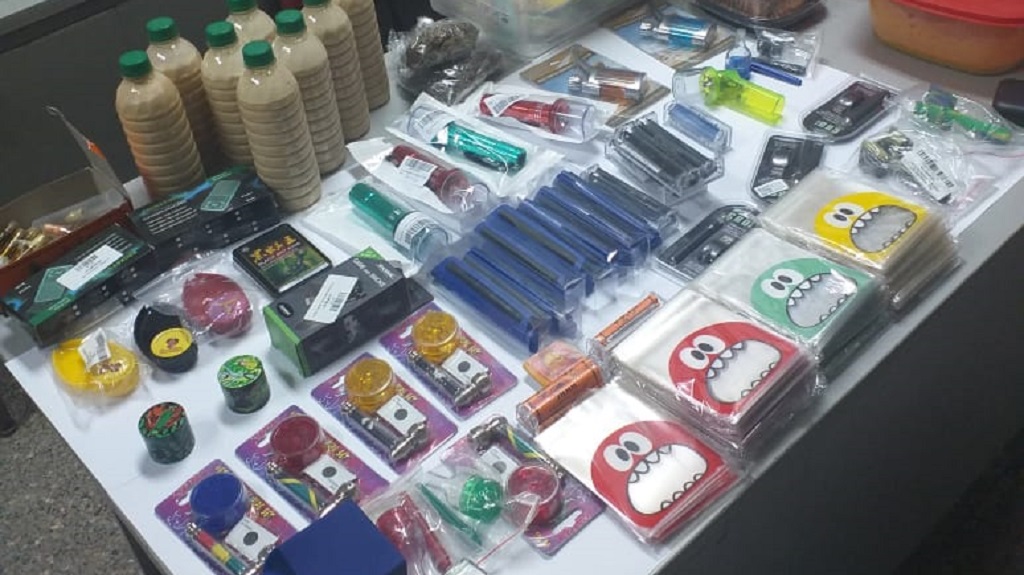 Police are once again reminding citizens that under current laws, the legal limit for marijuana possession per person is up to 30 grammes or up to four plants.

This latest reminder comes after a 28-year-old woman from Mohan Trace in Piarco was held with 102 grammes of marijuana, along with several marijuana infused products.

The woman was held at about 6.15 pm on Friday during a police exercise led by Snr Sup Ramkhelawan and ASP Gyan.

The officers received intelligence which led them to the woman's home where a search warrant was executed.

The drugs were found in two transparent plastic bags.

However, next to the drugs were several tubes of Hash-oil as well as an assortment of items including Brownies, Rice Krispies, Cookies, Gummy Worms, Peanut Punch and even BBQ Chicken Wings

Police were told that these items had been infused with the drug.

The woman was detained for questioning, as a result.