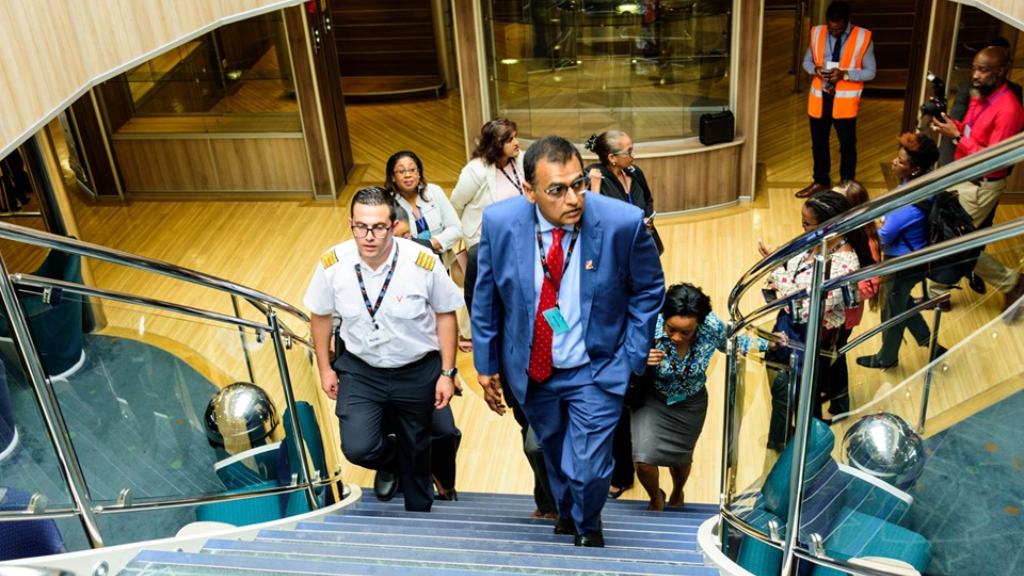 Citizens and visitors to T&T can expect improved service on the inter-island sea bridge as the Government moves toward closing the existing gap with the arrival of Maltese ferry, Jean de la Valette.

The vessel arrived at the Port of Port of Spain, on June 19.

Speaking while on a tour of the vessel last Friday, Works Minister Rohan Sinanan said the Maltese ferry owned and leased by Virtu Ferries can comfortably run at 38 knotts dependent on sea conditions and can sail to Tobago in approximately two and a half hours.

He said while a sea trial was still needed to establish the exact length of the trip, this would be one of the fastest vessels T&T has had in a while.

The 800 passenger, 156 carload capacity vessel, procured on a lease basis for one year, will now complement the Galleons Passage and the existing fleet of vessels in the efficient operation of the sea bridge between Trinidad and Tobago.

Before the vessel can be put into operation on the sea bridge, it will undergo routine inspection and clearance by Customs and Excise. The process of acquiring relevant approvals and training for local staff will also take place before the vessel is put into service.

It is here: Jean de La Valette arrives in T&T