In a plot twist, Spirit tops US airlines in on-time arrivals 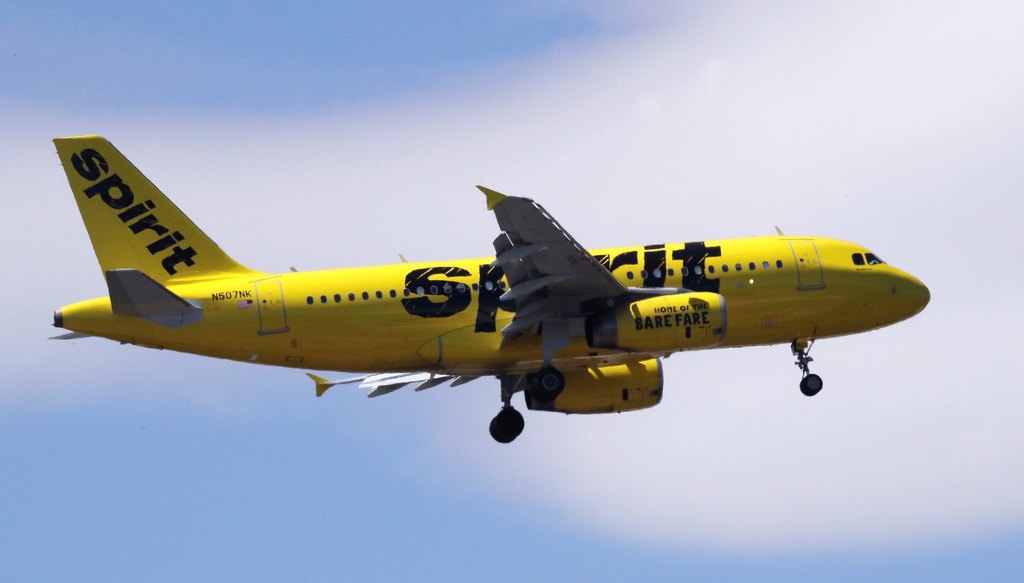 (AP) Spirit Airlines tops the latest ratings for on-time flights, a big turnaround for a discount carrier that consistently ranked as the tardiest airline in America three years ago.

Spirit also has the second-lowest rate of cancelled flights in the latest government report.

It still has a high rate of passenger complaints, and some travellers avoid it and other budget airlines because of their reputation for poor service. If travellers come to see them as reliable, however, discount airlines could pose a greater threat to bigger competitors.

The Transportation Department said Friday that 89 percent of Spirit's flights in October arrived on time, putting it just ahead of frequent winner Hawaiian Airlines and Delta Air Lines.

It's the first time the Miramar, Florida-based carrier has topped the rankings. It finished second in November 2017.

Spirit had the worst on-time performance every month but one between May 2015 and May 2016.

"We started looking at every part of the company," said Greg Christopher, the vice president in charge of Spirit's operations control centre. "We got a little bit smarter about how we scheduled."

Spirit operates many red-eye flights, and some planes were scheduled to run nearly around the clock for two or three days. If bad weather or a mechanical problem caused a single flight to be delayed, "it just cascaded through the next 15, 20 flights," Christopher said.

The airline tries to limit using the same plane for red-eyes on consecutive nights and has added room to its schedule in other ways. More time was allowed after flights from delay-prone airports such as LaGuardia and Newark in the New York City area.

Spirit also moved to patch up relations with its pilots. In May 2017, the company went to court against the pilots' union over what it called an illegal work slowdown that led to several hundred cancelled flights.

This past February, the two sides agreed on a contract that gave pilots pay raises averaging 43 percent while providing Spirit more reserve pilots who can step in when another pilot calls in sick or can't handle a flight because of federal crew-rest rules.

Through the first 10 months of the year, Spirit has a better on-time record than American, United and Southwest. The Transportation Department counts a flight as on time if it arrives within 14 minutes of schedule.

Friday's Transportation Department report also contained some recurring bad news for Spirit — it continued to have the second-highest rate of customer complaints, beating only Frontier Airlines, another budget carrier. That could change with fewer flight delays.

"If you run on time, your people aren't faced with the need to constantly apologise for poor service," said Robert Mann, a former American Airlines executive and now an aviation consultant.

Mann said a reliable, punctual discount airline "would be a category killer, and we may see that soon."

For now, however, Spirit remains tiny compared with the industry leaders although it is growing faster. Spirit's revenue for the first nine months of this year, $2.5 billion, is less than one-tenth that of Delta, American or United.

Spirit's stock is up 31.6 percent this year, leading all US airlines.