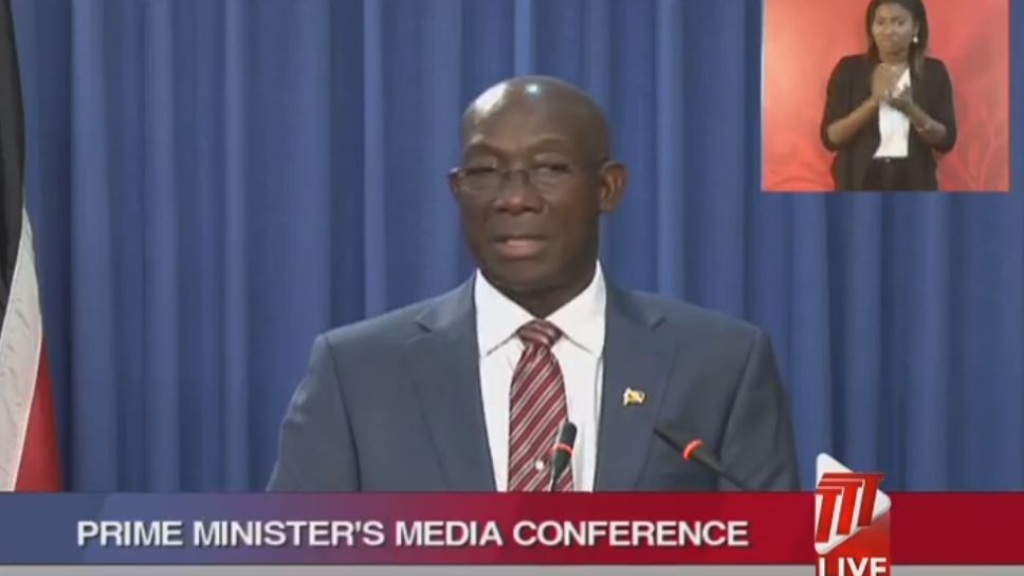 Dr Rowley said although CARICOM representatives would not be observing the August 10 general election, there are Ambassadors and High Commissioners from other countries who can perform the role of observers.

His comment was made after CARICOM said that it would be unable to meet the 14-day quarantine costs associated with attending the general election.

Speaking at a media briefing on Friday to discuss COVID-19, Dr Rowley said nevertheless, the general election will go ahead:

'The elections will go ahead. With respect to observations, many people who would like to comment on our elections have permanent representatives in our country.’

He said that he understood that the Commonwealth Secretariat has had issues with funding, which may have led to their decision.

‘The Commonwealth Secretariat has had its budget significantly reduced because of issues…I think it’s the UK, Australia, Canada and New Zealand, which are the main suppliers of their budget, have withdrawn funding. So that might have been the reason why. They did not say that but we…know what they said to us.’

‘The CARICOM Secretariat…they ask various countries who are willing to contribute and so far they got three countries who were willing to identify persons and the Secretariat’s position is that you would need far more than three persons to do any meaningful observation of the elections. I think the number is in the order of 10 or 12 people.’

He said they would have been happy to have CARICOM observers but ‘2020 is not a normal year’.

‘We have to just trust that we can get to the polling stations, cast our votes, have them counted….and move on after the election.’