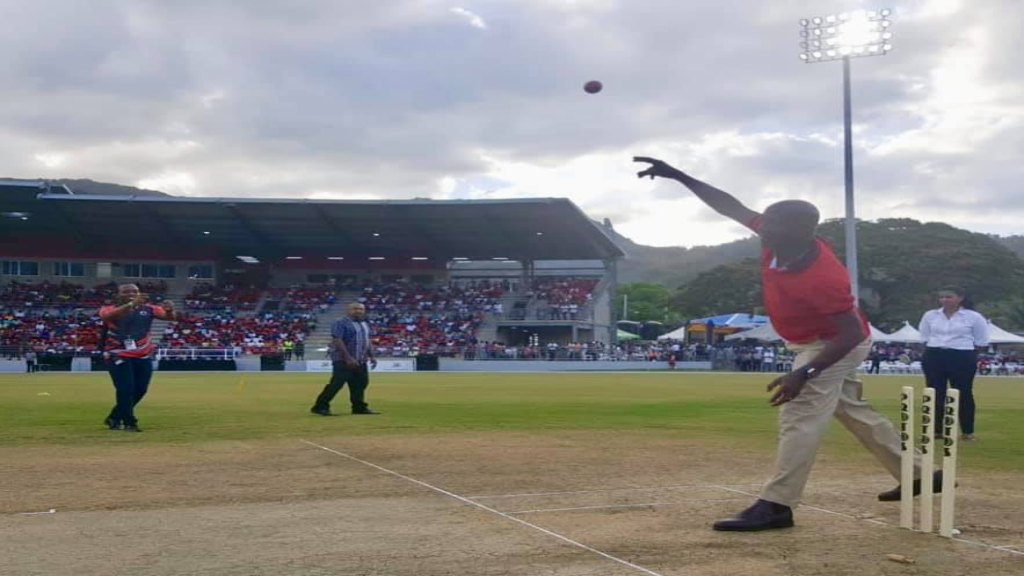 Prime Minister Dr Keith Rowley shows off his bowling skills at the opening of the new Diego Martin Sporting Complex over the weekend. Photo via Facebook, Dr Keith Rowley.

In a statement, Rowley said he is hopeful that progressive change can now be made.

“This holds out the prospect for the effecting of the much-needed restructuring of the management of the regional game with some sense of purpose and urgency,” Rowley said.

The Prime Minister said he looks forward to working on a regional level to restore West Indies Cricket to its former position, commanding the respect it deserves.

My regional colleagues and I look forward to early contact with the new President, Ricky Skerritt and his team and to pick up our effort from where it was derailed from the Patterson/ Barriteau work onto a new road which recognises "West Indies Cricket" as a "public good", a heritage of all West Indian citizens, to be honoured, nurtured and managed sustainably by the widest effective participation by Caribbean people using proven best practice methods.

“To this end I have already called for a two-day colloquium to be hosted by one of our territories with the fullest participation of ALL stakeholders with a view to approving an immediate ACTION PLAN to construct the new Road Ahead for West Indies cricket from kindergarten to the halls of fame,” he added.