PM on candidate's apology: See you in court 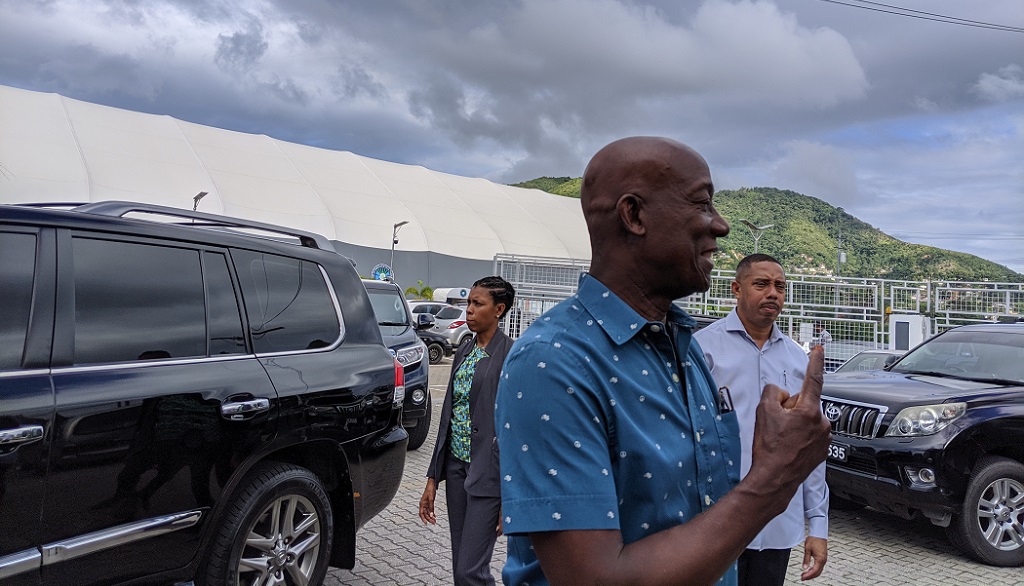 Prime Minister Dr Keith Rowley did not appear to be appeased by an apology made by UNC candidate Devon Thomas over comments made at a public meeting in the run-up to the Local Government Elections.

Thomas later issued an apology, however Dr Rowley slammed ‘pathetic’ attempts by the UNC to besmirch his character, saying that Thomas would face the courts.

Speaking to media after casting his vote at the International School, Port of Spain, for the Local Government Election, Dr Rowley said he had no interest in what the opposition had to say, after UNC candidate for Febeau/Bourg Mulatresse, Devon Thomas, apologised over comments about Dr Rowley during a political rally.

“When you do things like this you can’t disown it, you can’t walk away from it. That gentleman was simply trying to please his handlers.”

“This is about the 10th time…the UNC has consistently tried to besmirch my character.”

“They are all pathetic…the one thing that is standard throughout is that they always find some black person to try to come and pretend they have a problem with me. They’re all about nastiness...this is nothing new.”

“Mr Thomas will report to the court when he gets his notice,” he said.

Dr Rowley indicated his intention to pursue legal action following the statements, according to a statement issued by the Office of the Prime Minister on Sunday.

UNC’s public relations officer, Anita Haynes, said that Thomas’ comments had not been sanctioned by the party.

Thomas issued an apology following the release from the Prime Minister’s Office, saying he would seek to make amends.