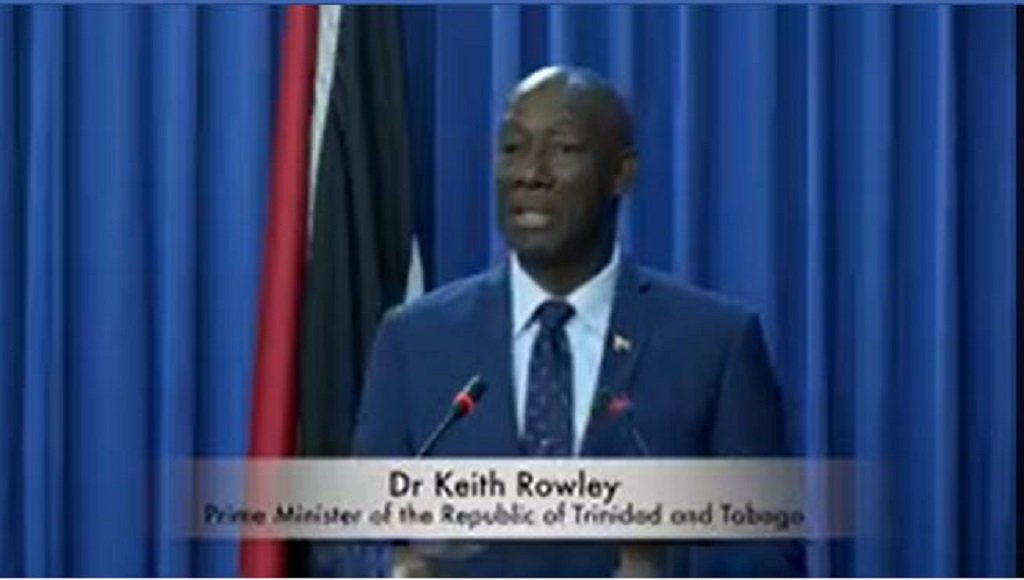 Prime Minister Dr Keith Rowley has expressed sadness over reports that three women and a total of five people have been murdered in the past two weeks due to domestic violence.

In a statement issued on Friday, he expressed condolences to the victims’ families, friends and acquaintances.

“As a father and grandfather, I understand the importance, the value of women in our society and the roles they play in building healthy and resilient communities in this developing nation. We all must understand that the scourge of domestic violence and all other forms of gender-based violence erodes the fabric of society, and infringes upon the human rights of another individual.”

Dr Rowley also called on men to treat all women like sisters, daughters and mothers who are deserving of love and respect.

He added that the end of a relationship is no reason to claim someone’s life.

“As men, we must acknowledge that at times, the end of a relationship can be an emotionally difficult period for all its participants. But regardless of that difficulty and trauma, we must at all times, hold ourselves responsible and accountable in our behaviour. I urge you to be strong enough that you still honour those happy memories, by walking away without the threat of physical or emotional violence.”

The statement said the Office of the Prime Minister (OPM) has been working diligently to ensure that acts of domestic violence and all forms of gender-based violence are reduced significantly or eliminated from the country. It noted that to achieve this, the Gender Affairs Division continues to develop projects and programmes to address gender-based violence and build mutual respect between men and women.

In the OPM, the Central Registry on Domestic Violence is a data collection system which assists in strengthening the current surveillance systems for the development of targeted intervention strategies on domestic violence. Based on information gathered through the Registry, the OPM focuses on plans and initiatives to build mutual respect among men and women and encourage the appropriate modification in citizens' behaviour. These include but are not limited to:

- Amendments to the Domestic Violence Act to provide greater protection for victims of domestic violence;

- Strengthening the law enforcement response to violence against women through the implementation of sustained training programmes and the Domestic Violence Unit in the Police Service; and

- The Creation of safe places, with the necessary services for victims of violence, both male, female and children.

The Prime Minister also had a message for people with knowledge on gender-based violence.

"I urge the members of the public, be you either a victim or an observer, to call the National Domestic Violence Hotline at 800-SAVE (7283) to report any incidence of domestic violence. This 24-hour hotline provides counselling services, crisis intervention and referrals to appropriate agencies such as, the Trinidad and Tobago Police Service, the Victim and Support Unit of the TTPS, the National Family Services, the Children’s Authority of Trinidad and Tobago, Lifeline or the Rape Crisis Society. Referrals can also be made for directing the victim to a place of safety or a shelter."

"It is my hope that we can continue to work together towards the goal of gender equality and do everything in our power to one day eradicate the scourge of domestic violence which is so harmful to our women, our families, our communities, and our society."