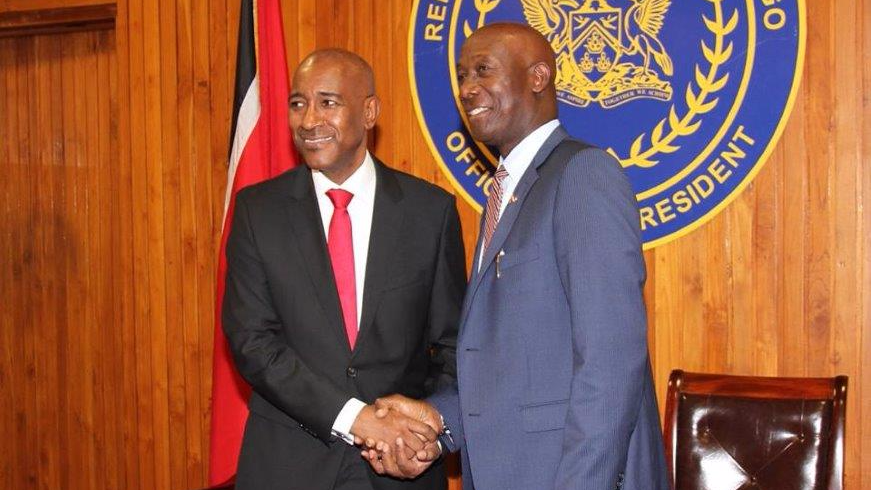 A communications issue is being blamed for the revocation of the appointment of Robert Le Hunte as a Senator and Minister of Public Utilities.

The issue stemmed from Le Hunte’s Ghanaian citizenship, as under Section 42 (1) of the Constitution it disqualified him from being appointed to the positions.

Speaking with reporters following a tour of ongoing projects in Diego Martin on Tuesday, Prime Minister Dr Keith Rowley said communication went awry and the appointment had to be “done over”.

Le Hunte is a Trinidad and Tobago citizen who obtained Ghanaian citizenship while on “temporary assignment” in Ghana as part of his residency there.

The Prime Minister explained that a problem with communication resulted in the issue over Le Hunte’s appointment.

"There was a communication glitch in that development. By having that in place it offended our Constitution. And it is easily rectified by him giving it up to preserve his position in Trinidad and Tobago and qualify him to hold the office he has been selected for."

Rowley confirmed that once Le Hunte revokes his Ghanaian citizenship he will be reappointed as a Minister and Senator.

It is expected that this situation will be rectified by Friday.