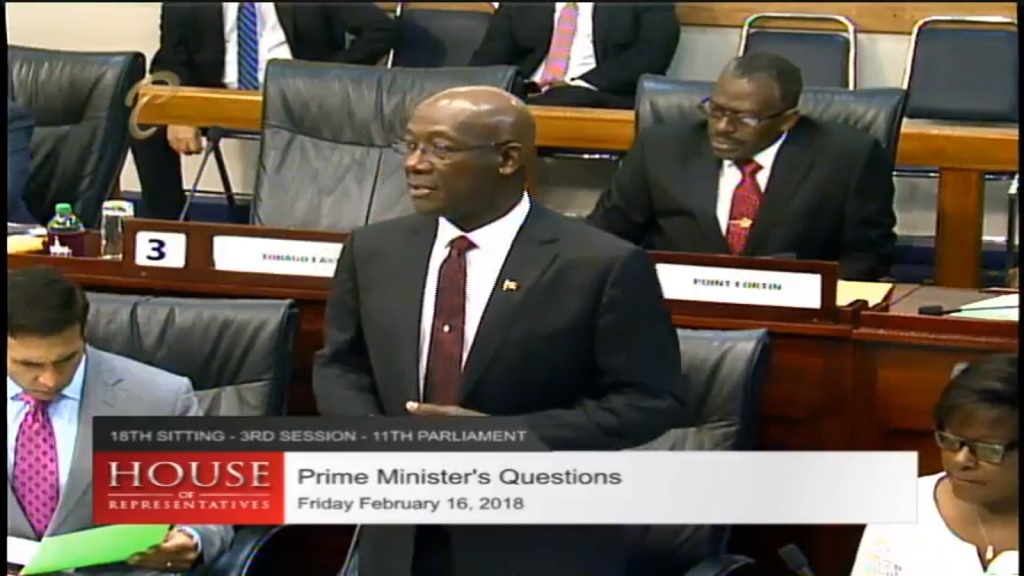 Prime Minister Dr Keith Rowley confirmed that there are active groups connected to the Islamic State in Trinidad and Tobago.

Dr Tewarie asked if there was anything in Trinidad and Tobago that could be considered an ISIS cell or satellite.

“(There are) persons who seek to join ISIS and…that doctrine now is spread…we have to be particularly concerned about such persons and the monitoring of such persons is an integral part of our national security.”

“And the answer to the question is yes,” he said.

Dr Rowley said the recent detention of suspects in connection with alleged threats to disrupt Carnival was in response to information received via internal and external sources.

According to media reports, eight of the 13 persons held in connection with an alleged plot to disrupt Carnival festivities have since been released.

He said in treating with threats of this nature Government would share information with US agencies, and the threat was to take action against the Carnival parade.

Dr Rowley added that although it was difficult to give figures on the number of terrorists who have returned to the country, he said those persons are being monitored.

"The figure of how many terrorists have returned is a floating figure...not everyone who goes abroad and comes back is deemed to be a terrorist, and intent of persons would vary."

"However in monitoring persons who we have reason to believe pose a threat to the country...we are taking steps to ensure that all persons so described are adequately monitored.

"It is not possible to monitor, 24 hours a day, every person in this country, but those persons whom the security services are deemed to be such, would so be monitored," he said.

He said security services will continue to monitor those who threaten the country's stability and security.

When asked if security services in this country have the ability to monitor and protect citizens from surprise attacks by extremist groups, Dr Rowley said one of Government's primary efforts is to improve the country's ability to respond to these threats.

Two of 13 detainees appear in court