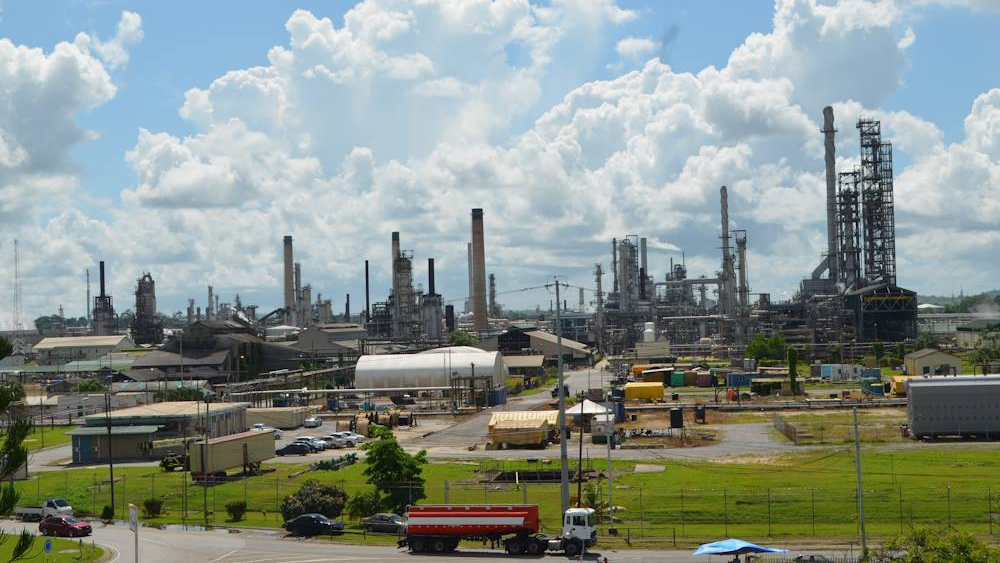 Prime Minister Dr Keith Rowley is standing by the government’s decision to shut down Petrotrin’s Point-a-Pierre refinery, saying the company had become a drain on the treasury rather than a contributor.

However the PM sought to assure that the hundreds of workers placed on the breadline will be given “attractive” severance packages and have access to counselling and financial advice.

In a televised address to the nation on Sunday night, Rowley said the government simply had no choice but to close the refinery, which had been operating at a loss for some time.

“Petrotrin was overburdened with debt. The net debt at financial year-end 2015 amounted to $11.4 billion,” he said.

“Taxes and royalties owed to Government amounted to $3.1 billion as at February 28, 2017. The company was not complying with the tax laws and even when it collected taxes from companies that paid their taxes to Petrotrin for onward transmission to the Ministry of Finance Petrotrin was huffing and utilising those monies in its own operations.”

Rowley said several meetings were held with stakeholders including the Oilfield Workers Trade Union (OWTU) to discuss the issue and detailed analysis done - therefore any accusation of the decision being sudden was disingenuous.

“These calls are nothing but self-serving, stalling tactics and political subterfuge, intended to maintain the status quo, even as the company sinks daily into a deeper quagmire and the whole country’s financial situation becomes more exposed to disastrous downgrade if the Petrotrin problem is not addressed,” he stated.

“This is a company that is supposed to be one of the major contributors to the national economy. When such an enterprise is losing money to the point where it can’t comply with the law, we have a major problem. As I said before, Petrotrin has become, for some time now, a ward of the treasury instead of a contributor to the treasury.”

Because of this, Rowley said, monies that could have been spent in critical areas like healthcare, education and national security were instead spent to keep Petrotrin afloat.

The Prime Minister said Petrotrin had been identified as being among the most inefficient operations in the world.

Related article :Petrotrin's refinery shutdown explained (and why it was done)

“Left as it is, Petrotrin will require an immediate $25 billion cash injection just to stay alive. There is no way that the company can find this money. No financier will lend it because the company simply will not be able to repay such an additional loan.”

Rowley said though the company’s refining operations have been shut down, the refining assets of Petrotrin can now be put in a separate company for opportunity attention and the OWTU will be given the first option to own and operate it on “the most favourable terms”.

The PM maintained that closing the refinery was not a decision made lightly as the effect on workers and their families was considered.

He however assured that workers would be treated with dignity.

“In order to minimise the overall negative effects of this inevitable decision to get out of refining the Government will ensure that the workers who are surplus to the requirement of the renewed effort leave the company with an attractive separation package that should be well received and backed up by the assured pension payments to come,” he said.

“The company will treat every employee with dignity and provide services such as financial advice and employee assistance programmes for psychological support. Workers are expected to receive significant financial packages upon ties being severed with the company.”

In Refining and Marketing, approximately 1700 permanent workers will be affected while in Exploration and Production, employment levels are to be reduced from 1700 workers to approximately 800 persons.

Rowley said many of these workers are over 50 and may be able to receive attractive early retirement packages.

As for how the closure would affect the national fuel supply, Rowley said T&T consumes less than 25,000 barrels of refined products per day and it makes more sense to export the 40,000 barrels of oil produced per day and import the fuel needed (gasoline, diesel, jet fuel etc).

The PM said workers and businesses should not be misled and fall prey to misinformation and fear mongering.

“Change like this is always difficult and even traumatic; but the good of the country must look ahead,” he stated.

“But let us not be naïve, there are elements in our society who do not view this change the same way but see it as an opportunity to further their own ends in mischief making. I am appealing to all those directly or indirectly affected to be strong and have faith in your country.”

Rowley issued a plea for workers and contractors to not participate in industrial action in protest of the decision to close the refinery.

The plea comes as the Joint Trade Union Movement (JTUM) has planned a day of “rest and reflection” for Friday.

“Unnecessary work stoppages and other contrived industrial actions are not in the nation’s best interest,” Rowley advised.

“This will only obstruct the already embattled company, and delay this irreversible and unavoidable process geared towards converting a money losing company into a profitable enterprise for the benefit of the entire nation.

“It is my sincere hope that you will recognise the implications that such action can have on our stakeholders, including those to whom we are heavily indebted and ask that you make the best decision not just for you but for your children.”

The JTUM is expected to deliver its response to the PM’s address to his office on Monday.